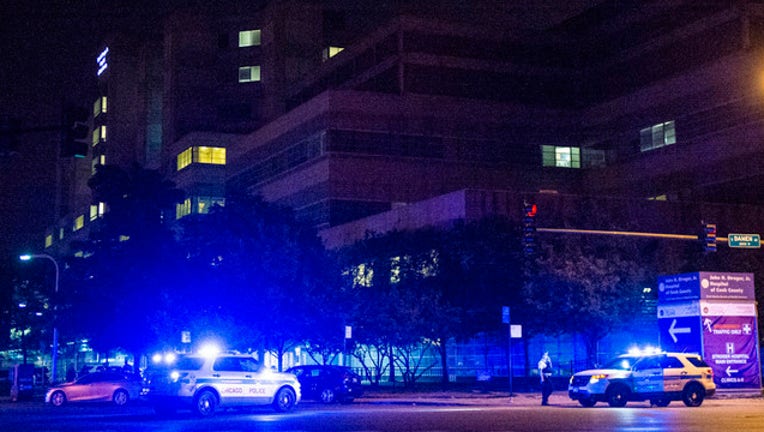 Chicago police close the roads next to Stroger Hospital as a fellow officer is treated for for injuries while pursuing a suspect Saturday morning near the 700 block of North Springfield in an alley. | Tyler LaRiviere/Sun-Times

CHICAGO (Sun-Times Media Wire) - A Chicago Police officer was injured during a pursuit early Saturday in the East Garfield Park neighborhood on the West Side.

About 2:40 a.m., the officer suffered an arm injury during a foot pursuit in the 700 block of North Springfield Avenue, according to Chicago Police. The injury was considered accidental.

The officer was taken to a hospital, where their condition had stabilized, police said.