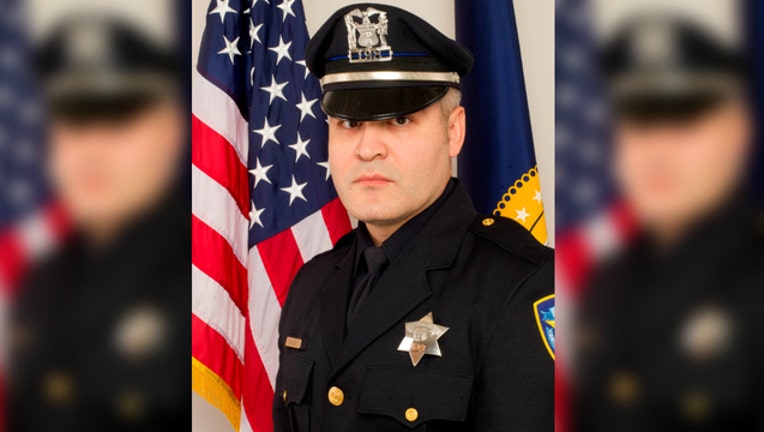 EVANSTON (SUN TIMES MEDIA WIRE) - An Evanston police officer used a tourniquet last month to help save a 17-year-old boy’s life after the teenager was shot in the northern suburb.

At 2:33 p.m. April 21, officers responding to a call of a person shot in the 1900 block of Jackson Avenue found the teenager bleeding heavily from a gunshot wound to the leg, according to Evanston police.

One of the first officers at the scene, Officer William Arzuaga from the department’s problem solving team, applied a tourniquet in an attempt to stop the bleeding, police said. The teenager was then taken to NorthShore Evanston Hospital, where it was learned that the bullet severed an artery and required extensive surgery.

“Doctors credited Officer Arzuaga’s quick thinking and proper application of the tourniquet to keep the gunshot victim alive and stabilized until he could arrive at the hospital to be treated by medical personnel for the wound,” the statement said, adding that Officer Arzuaga has been with the Evanston Police Department for 11 years and is also a veteran of the United States Air Force.

Evanston police have been carrying tourniquets as part of their uniform since Jan. 1.