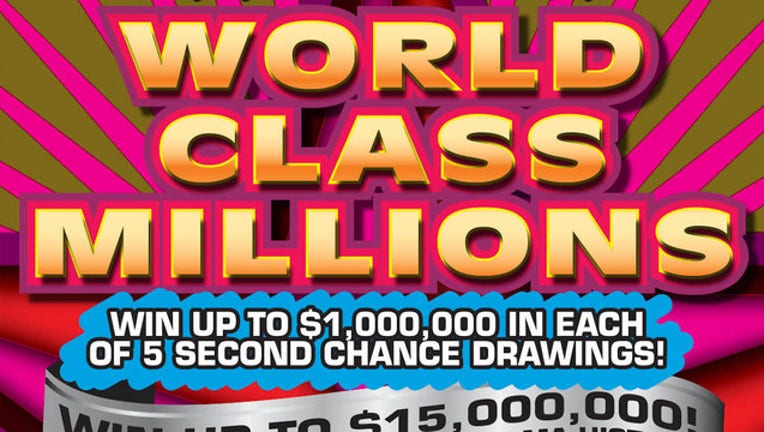 CHICAGO (Sun-Times Media Wire) - An Ohio man won $100,000 with a scratch-off lottery ticket he bought at O’Hare International Airport during a business trip.

Conor Dullaghan of Jackson, Ohio, was traveling to Mexico for work when he had a stop at O’Hare, according to a statement from the Illinois Lottery. He bought a “World Class Millions” instant ticket at the Paralyzed Veterans of America kiosk in Terminal 1 and scratched it to realize he’d won.

“I was absolutely shocked to win,” Dullaghan said. “I feel very lucky.”

He plans to share his winnings with his family. Paralyzed Veterans of America will receive a bonus of $1,000, or 1 percent of the prize amount, for selling the winning ticket.