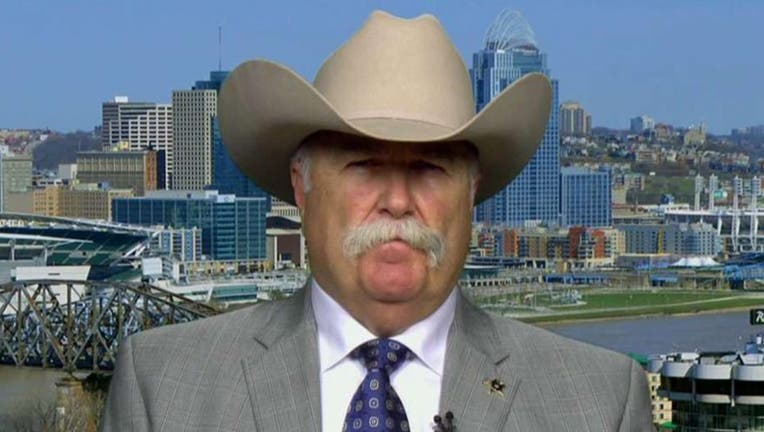 A sheriff in Ohio is warning people to not commit acts of violence against his deputies in a viral Facebook post.

Butler County Sheriff Richard Jones issued the statement Wednesday in response to what he called the "lawlessness in the country over the last few months directed towards police."

Citing incidents of violence in major cities such as New York, Chicago and Portland, Jones said he would make sure similar acts would not happen in his jurisdiction.

"I won't tolerate it, period," Jones wrote. "You shoot at the police, expect us to shoot back."

He added, "I will not allow my deputies or any law enforcement officer in Butler County to take the abuse I have seen over the past several months."

The sheriff ended his post by saying, "If you come to this county expecting a free pass to harm one of my men or women in uniform keep in mind, nothing in life is free."

Jones is known for being outspoken. In response to a statewide mask mandate back in July, he made headlines for saying, “I am not going to be the mask police."

Back in 2017, Jones said he would not let his deputies carry Narcan to reverse drug overdoses.

Four years ago, the sheriff's office posted a video proclaiming Jones to be "the most interesting sheriff in the world."

Butler County is located north of Cincinnati, near the Ohio-Indiana state line.