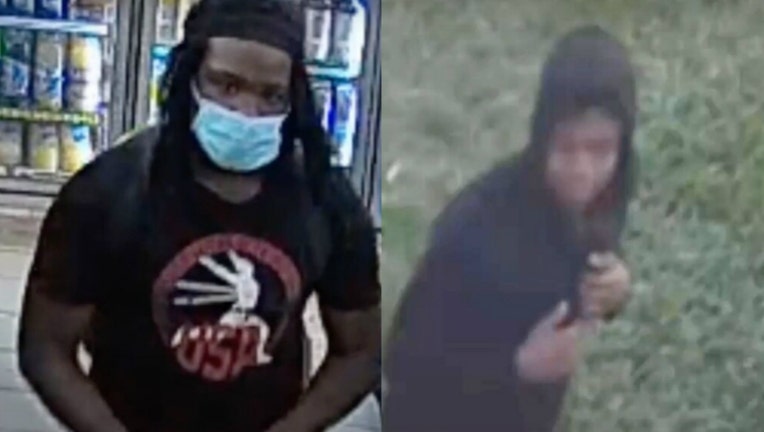 Police say these two people are wanted for the murder of a senior citizen Sept. 22, 2020, in Fernwood. | Chicago police

CHICAGO - Police on Monday shared video of two people wanted for allegedly beating a 74-year-old man to death with a baseball bat and burning his body in Fernwood on the South Side.

The senior citizen was found badly burned next to a home Sept. 22 in the 200 block of West 103rd Street, according to Chicago police.

An autopsy revealed the man died of multiple injuries from an assault, according to the Cook County medical examiner’s office.

Videos released Monday show a man inside a convenience store and another person walking in grass near a surveillance camera.