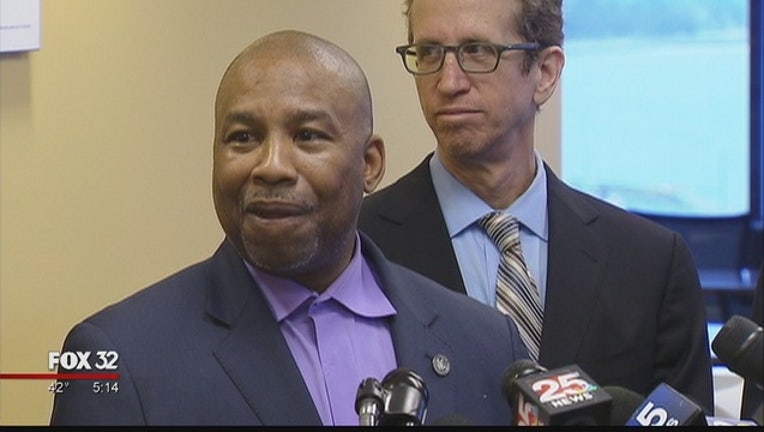 CHICAGO (AP) - A man who maintains police coerced him into making a false confession to a rape and double murder when he was 14 filed a federal lawsuit Wednesday against the central Illinois city of Peoria and its police department.

The lawsuit, filed in U.S. District Court in Chicago, says police used sleep deprivation and other techniques to force a false confession from Johnnie Lee Savory after 31 hours of "abusive and illegal interrogation." The suit also alleges the city destroyed evidence and recent DNA testing rules out Savory as a suspect.

Former Gov. Pat Quinn pardoned Savory, who spent nearly 30 years in prison, before leaving office in 2015. Savory was released on parole in 2006 at age 44.

Savory, now 54, wants a jury to hear his case and is seeking compensatory and punitive damages for the prison time he served for the 1977 stabbing deaths of 19-year-old Connie Cooper and 14-year-old James Robinson and the rape of Cooper.

Savory "was robbed of his childhood, his young adulthood, and his formative years," the complaint says.

Peoria's corporation counsel, Donald Leist, said by email that he could not comment because he was unaware of the lawsuit.

Savory was tried twice in the killings. His first conviction was overturned when the Third District Appellate Court determined his alleged confession was involuntary and his Miranda rights were violated. In 1981, he was convicted again in a trial that relied on testimony his attorneys allege was later recanted.

"By focusing on the wrong man, the Defendants have permitted the real killer to remain at large for four decades," according to the lawsuit, which says police initially considered other suspects "who had a connection to Connie and some conceivable motive to kill her."

The lawsuit states police knew Savory's youth made him vulnerable to coercive interrogation techniques. They fed him candy and soda pop, subjected him to multiple polygraph tests and lied to him about the polygraph results, according to the complaint, which also claims police stripped him naked and "plucked hairs from all over his body."

He is represented by attorneys with the People's Law Office, the Roderick and Solange MacArthur Justice Center and Loevy & Loevy.