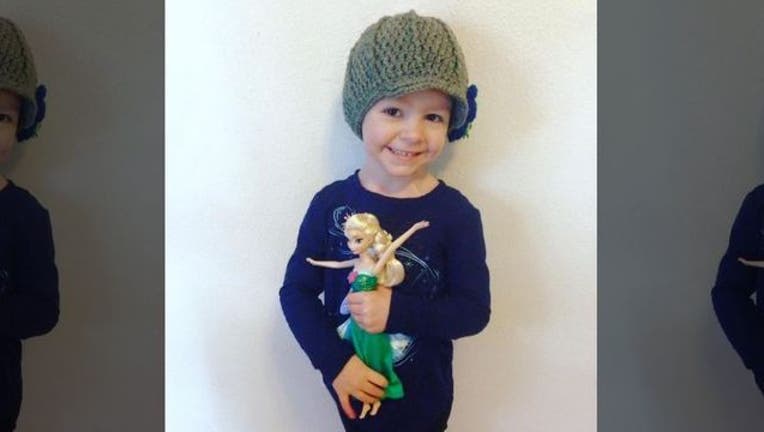 FOX News - Ellie Walton, 3, has been fighting a rare brain tumor since she was four months old. Unable to fly, she’s recently begun exploring the world through postcards sent from supporters after her mother put the word out six weeks ago.

“The world has so much to offer you,” reads one sent from Turkey, according to KOMO News. “You should be able to travel and see different countries.”

Ellie has stage IV glioblastoma, which doctors say is terminal. She’s undergone 17 surgeries, including 14 brain surgeries and five tumor removals. The girl, who lives in Spanaway, Wash., has also suffered meningitis and septic shock, and must have chemotherapy every other week, KOMO News reported.

After Ellie’s great-grandparents started sending notes from their travels and Sarah saw how much joy Ellie found in learning about far away locations, she put the word out. As of March 11, they’ve received roughly 500 postcards, some including donations to help cover medical bills. And in the most recent scans, Ellie’s tumor appears to be shrinking, which doctors didn’t expect, but her parents— who call her a fighter— weren’t surprised.

Ellie’s parents have set up this mailing address for postcards: