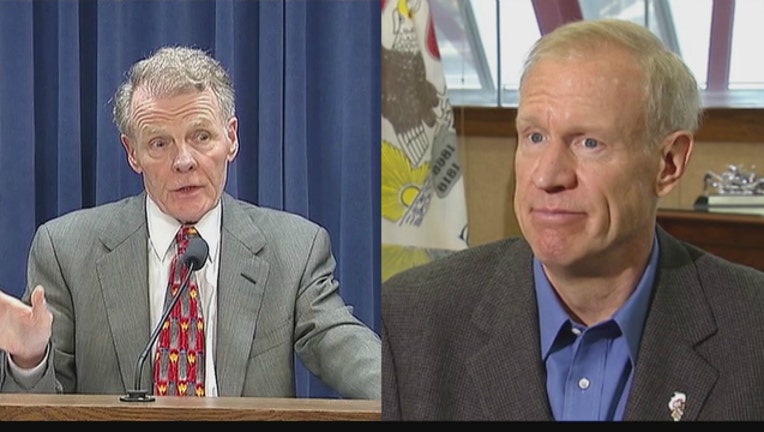 SPRINGFIELD, Ill. (AP) — Illinois will ring in the new year with a familiar tune: Deadlock in the Capitol and no state budget.

The only spending agreement reached in two years between bickering Republicans and Democrats, a six-month temporary fix, expires Sunday.

Not only is there no arrangement to fill the void, Gov. Bruce Rauner and his Democratic opponents controlling the General Assembly have hardly talked about it.

Funding for elementary and secondary education was provided through June. But colleges and universities will see state spending dry up. And even though billions of dollars for Medicaid health care is assured, the backlog of bills is so great that hospitals are having an increasingly tougher time staying ahead.

State workers will continue to be paid, but there's no money to pay utility bills or buy commodities; vendors continue to wait for payment. Those needing mental health, addiction treatment, or senior-living programs will likely wait, too. The private agencies that provide those services continue to wait months for checks to arrive.

Rauner spokeswoman Catherine Kelly insisted lawmakers must jump aboard with the governor and his agenda for reducing business costs, freezing property taxes and limiting politicians' power. Those will save money and boost Illinois commerce, says Rauner, a wealthy former private-equity investor.

She challenged Democrats to "break from" House Speaker Michael Madigan "to reach a bipartisan, balanced budget with reforms or continue to force a crisis and higher taxes."

The two sides have met just a handful of times since last fall and Democrats criticized Rauner for canceling a scheduled conference Dec. 12. He wanted a spending plan from Democrats, but as Madigan spokesman Steve Brown said Thursday, "We need to hear from the people who are actually going to spend the money on how they want to spend it and how much they want to spend."

The Legislature returns to Springfield on Jan. 9 for two final days of the current session before a new General Assembly is sworn in.

"Businesses that work and provide services on behalf of the state deserve to be paid," Patterson said. "We need to be investing in higher education and preserving our safety net. These are all vital to Illinois being the competitive and compassionate state."