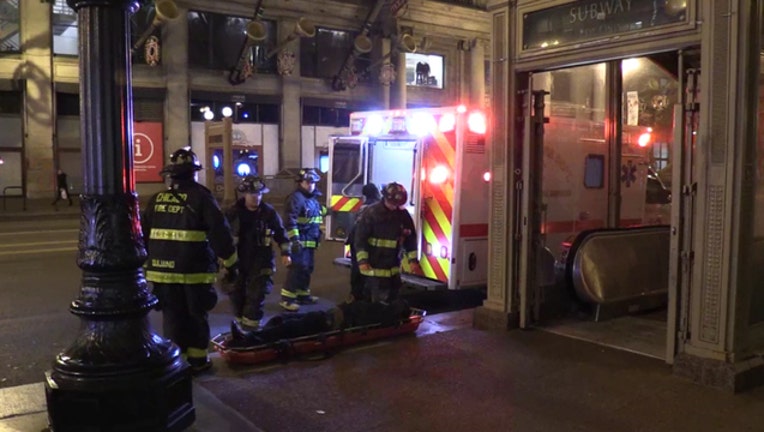 A male was taken to the hospital early Wednesday after he fell onto the CTA Red Line tracks in the Loop. | NVP News

CHICAGO (SUN TIMES MEDIA WIRE) - A person in a wheelchair was injured early Wednesday after they fell onto the tracks at a CTA Red Line station in the Loop.

The male, whose age wasn’t known, fell onto the tracks about 3 a.m. at the Lake Station, 188 N. State St., authorities said.

He was not struck by a train and did not make contact with the third rail.

The male was taken in taken for observation to Northwestern Memorial Hospital, according to Chicago Police. He was listed in good condition.