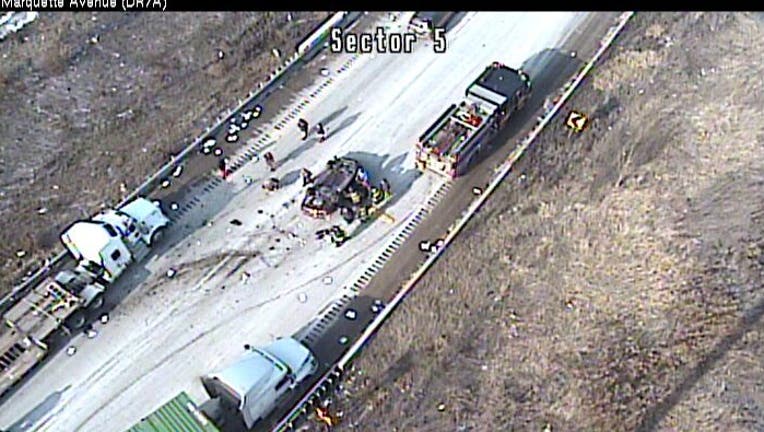 An expressway camera shows a response to a rollover crash Dec. 11, 2019 on the inbound Dan Ryan Expressway. | Illinois Department of Transportation

CHICAGO - A person was injured Wednesday in a rollover crash on the Dan Ryan Expressway near the Skyway.

Paramedics were called about 10:50 a.m. for crash in the inbound local lanes of the expressway near 65th Street, where the Dan Ryan connects with the Skyway, according to Chicago Fire Dept. spokesman Larry Merritt.

One adult was taken to the University of Chicago Medical Center for treatment, Merritt said. State police said the person had minor injuries.

Shortly after the crash, a Illinois Department of Transportation camera showed a rolled over passenger car near Marquette Road.

All lanes of the inbound local Dan Ryan were closed until about 11:15 a.m., state police said.