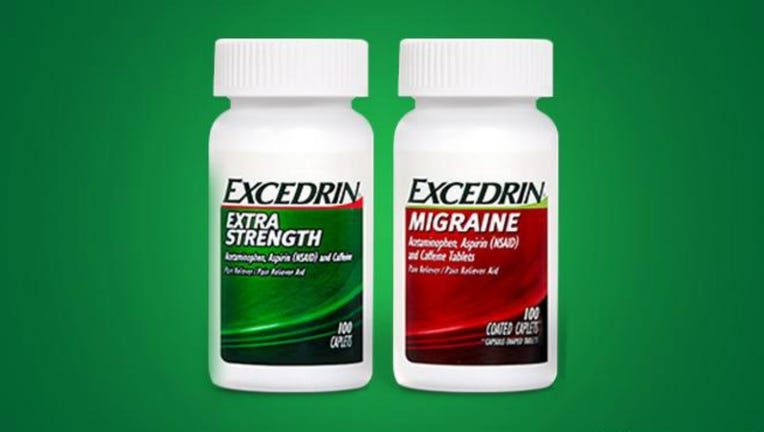 The company says it ceased the nationwide production and distribution of its Excedrin Extra Strength and Excedrin Migraine products after inconsistencies with ingredients were discovered during routine checks, according to a GlaxoSmithKline spokesperson.

"Through routine quality control and assurance measures, we discovered inconsistencies in how we transfer and weigh ingredients for Excedrin Extra Strength Caplets and Geltabs and Excedrin Migraine Caplets and Geltabs," the spokesperson told FOX Business Wednesday.

The company does not believe the medication poses a safety risk to consumers but has "voluntarily implemented a temporary discontinuation" as a safety measure.

The company says this is a "short term" issue and expects production to begin "shortly."

Meanwhile, other Excedrin products are still available along with other pain-relieving drugs, although the dosages may differ, the company says.

Consumers are urged to consult with their pharmacist for the most suitable alternative product until the company resumes production.