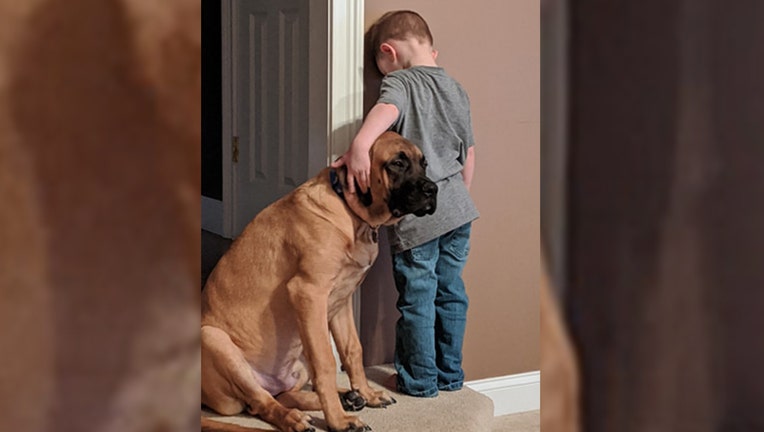 NORWALK, Ohio - This is true friendship.

An adorable photo of a dog joining his best buddy in time-out so he didn't have to serve it alone has gone viral.

Jillian Smith says her 3-year-old son, Peyton, was being punished after getting into a fight with his 5-year-old sister. She gave him two choices: go to your room or go to time-out.

With his head against the wall, the family's English mastiff named Dash decided to join him.

"When you're in time out but your best pal wont let you serve your time alone 😂🥰," Smith wrote.

The photo of the duo has been shared over 43,000 times on Facebook.

When Smith saw them together, she told The Dodo: “I couldn't be mad long because it was just so cute how Peyton wrapped his arm around Dash. When Peyton had to go to time-out, I think Dash knew he needed his buddy.”

Unimpressed newborn is an entire mood in viral photo

Parrot shouts 'fire' to warn family about blaze in kitchen