Pizza Hut finally found a new place to hide cheese… inside of a giant Cheez-It.

The pizza chain just announced the addition of a brand new item to their menu, called the Stuffed Cheez-It Pizza. It’s pretty much exactly what it sounds like.

Now available nationwide, the new "pizza" looks like a giant Cheez-It, albeit stuffed with mozzarella cheese (pepperoni is also available). A single order comes with four large squares containing the mozzarella inside a cheese-baked crust. It also comes packed with a side of marinara sauce for dipping. 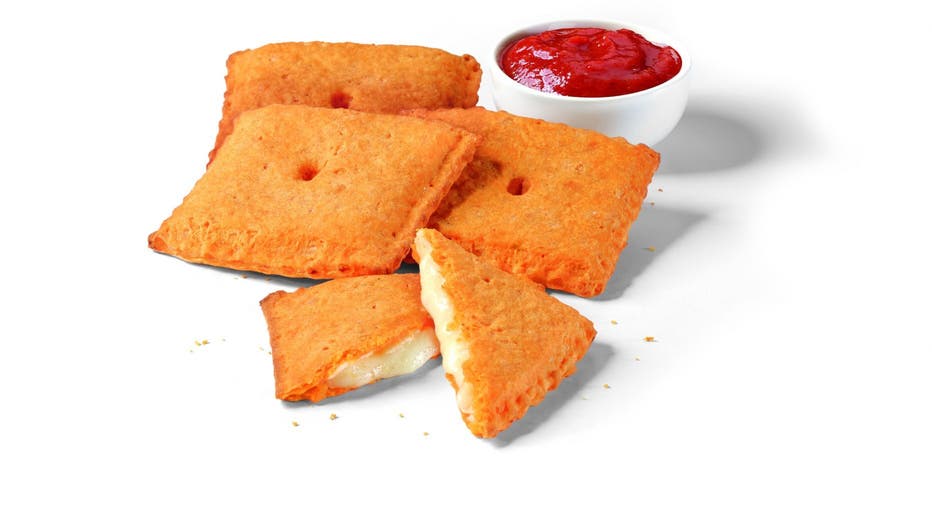 The Stuffed Cheez-It Pizza was created after Pizza Hut realized that their largest fan base — college students — was also fond of Cheez-Its, according to a press release. (Pizza Hut)

The concept was apparently born when Pizza Hut realized that Cheez-Its were popular among the chain’s largest fan base: college students. According to a press release, customers crave “these kinds of mashups between beloved food brands.”

“We pride ourselves on being the go-to for unexpected pizza innovations, and I can’t think of a better partner than Cheez-It to bring our next original menu item to life,” said Marianne Radley, chief brand officer of Pizza Hut. “Not to mention, as fellow NCAA partners, this collaboration is the perfect way to kick off football season, combining America’s go-to gameday cravings into one next-level snack.”

“The Stuffed Cheez-It Pizza is an example of two great companies leveraging their strengths to delight guests with a new experience on a classic favorite,” adds Wendy Davidson, President of Kellogg’s U.S. Specialty Brands.

The Stuffed Cheez-It Pizza is available for a limited time nationwide, starting today.