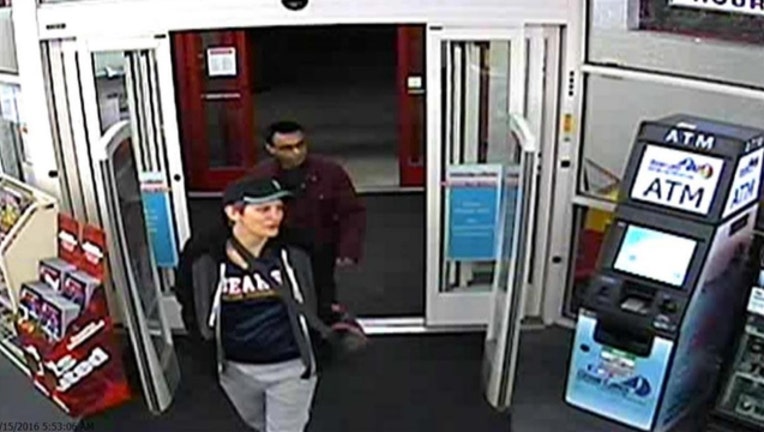 A surveillance image shows two people walking into a Naperville pharmacy before threatening employees with a hypodermic needle, according to police. | Naperville police

About 6 a.m., the pair walked into the CVS at 1299 E. Ogden Ave., stole “numerous medications” and brandished the needle when employees confronted them, according to Naperville police. They were gone by the time officers arrived.

One robber is described as a white woman about 40 years old, and the other an Asian man about 50. They have dark hair and wore dark clothing.