CHICAGO - A Cook County man has been charged with impersonating a police officer after allegedly trying to pull someone over by flashing red and blue lights.

Edward Bufford, 53, of Broadview, is charged with false personation of a peace officer, unlawful use of weapons and possession of oscillating, rotating or flashing lights in a motor vehicle.

On Tuesday, a motorist flagged down a Bensenville police officer and reported that a man had just attempted to pull him over by flashing red and blue lights at him, authorities said.

Moments after the motorist provided a description of the man's vehicle, an officer observed a vehicle matching the description pull over to the side of the road.

The driver, who was identified as Bufford, was allegedly dressed in a US Postal jacket and a black police vest that was equipped with handcuffs, a chain and a badge, authorities said. 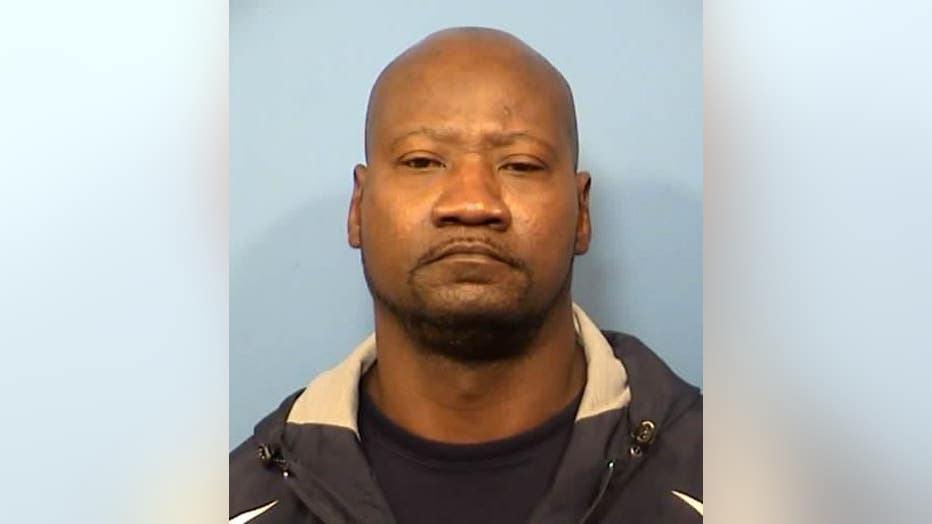 Additionally, officers found a stun gun in his vest.

Bufford's car had a yardstick sized light across the back of the vehicle, and he was also wearing a belt mounted holster.

A BB gun was also found in the center console of the car.

Bufford allegedly stated that he was a law enforcement officer for the US Postal Service, and then claimed he was with the Canadian Pacific Railway.

Authorities said he could not produce any employment credentials.

"The allegations against Mr. Bufford are very disturbing and will be taken seriously by my office," said DuPage County State’s Attorney Robert Berlin. "Thanks to the outstanding efforts of the Bensenville Police Department, the defendant in this case was quickly identified and apprehended. I would also like to thank Assistant State’s Attorneys Grace Barsanti and Michele Moreschi for their work on this case."

"I want to personally thank the motorist who reported this," said Bensenville Chief of Police Daniel Schulze. "As everyone knows, we rely on timely and accurate information to assist crime victims, and in this case, we were able to quickly apprehend the alleged offender."