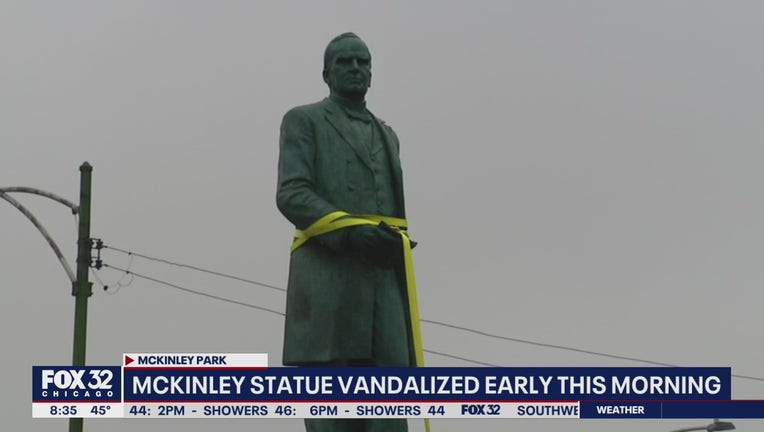 CHICAGO - The Chicago Police Department said on Wednesday that an unknown individual, or individuals, vandalized a statue on City of Chicago property in the 3700 block of South Archer Avenue at approximately 4:00 a.m.

Authorities say that a rope was thrown around the statue in an attempt to bring it down with a vehicle. The statue was also spray-painted with graffiti.

The make and model of the vehicle are unknown at this time.

McKinley, president from 1897 until when he was assassinated in 1901, joins a list of once revered U.S. figures who are now criticized for advancing white supremacy or being silent about attacks on Black Americans and Indigenous people.

Installed in 1905, the statue was cast with bronze from a melted statue of Christopher Columbus in Grant Park, according to the city’s website.

There is currently no offender description available, and no one in custody.