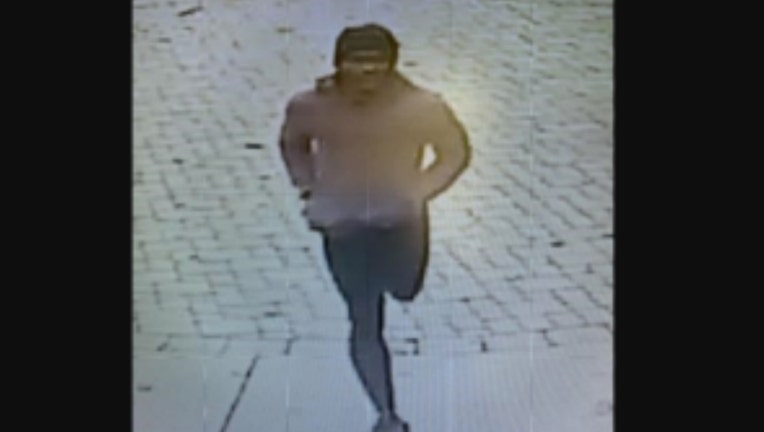 Surveillance image released by police of a person of interest in a reported groping incident that ocurred Nov. 6, 2019, in Frankfort. | Frankfort police

About 9:45 a.m. Wednesday, a female was walking on the Old Plank Trail when she saw an unknown male on the trail near the east side of the LaGrange Road bridge, according to Frankfort police.

She saw the male again as she headed back on the trial near a pond at Prairie Park, police said.

As she passed the Indian Boundary passage, the male jumped out and grabbed her buttocks before running off, police said.

The suspect was described as standing 5-foot-6 to 5-foot-10 with an athletic build, police said. He was wearing a red and gray tight shirt, black spandex pants and a stocking cap.

According to police, the suspect’s description is similar to an incident reported two weeks prior.

Anyone with information is asked to contact the Frankfort Police Department at 815-468-9435.