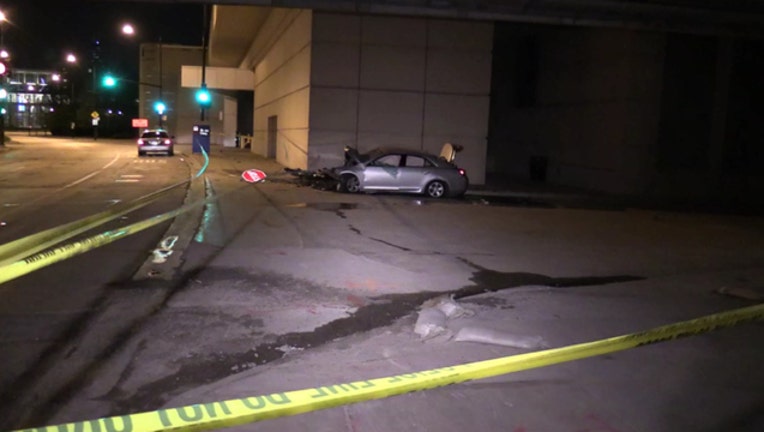 Police say a man died after his vehicle hit a pillar near 25th and King Drive. | NVP News

CHICAGO (SUN TIMES MEDIA WIRE) - A man was killed in a crash in the Bronzeville neighborhood Thursday night, police said.

The 39-year-old was driving in the 2500 block of South King Drive about 9:40 p.m. when his car struck a viaduct pillar, police said.

He was taken to Northwestern Memorial Hospital where he was pronounced dead, police said.