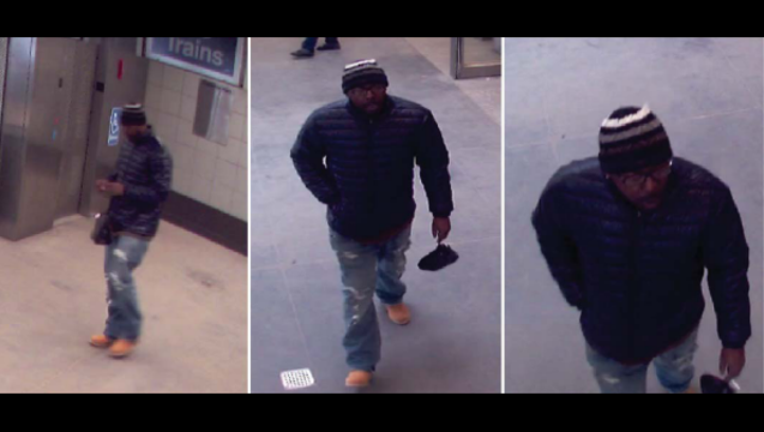 CHICAGO (Sun-Times Media Wire) - Police are seeking the public’s help in finding a man wanted for attacking a passenger on the Orange Line late last month.

The man is wanted for aggravated battery after hitting a passenger who asked him not to smoke on an Orange Line train at 2:30 p.m. on Feb. 29, police said.

The victim suffered a broken nose and orbital bone, and was taken to Northwestern Hospital, police said.

The suspect is described as a black man, between 30-40 years old, wearing a dark knit hat, a dark puffy coat, blue jeans with rips, tan boots and glasses, police said.