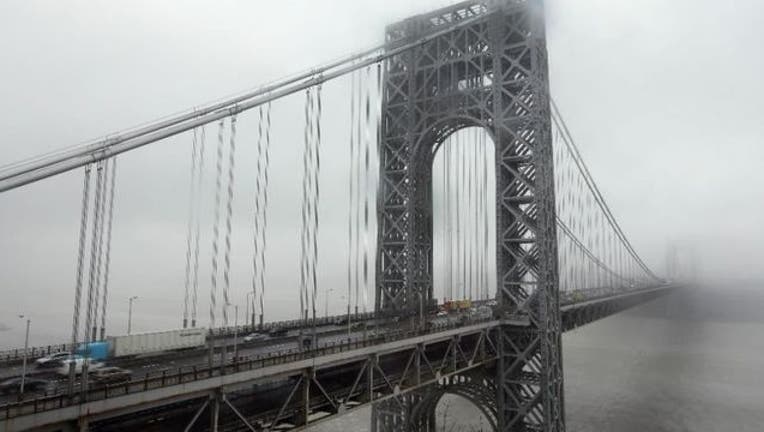 Port Authority of New York and New Jersey police say an officer stopped Alesandel Rodriguez's car Friday morning after it failed to post a payment in an EZ-Pass lane on the George Washington Bridge in Fort Lee.

Authorities say the car was missing front and rear license plates, and a temporary New York tag inside the vehicle had expired.

Further investigation found the Teaneck man's EZ-Pass accounts were revoked, showing 888 violations and about $56,240 in outstanding fees. Authorities also learned there was a warrant for his arrest.

Rodriguez was charged with theft of service. It wasn't known Saturday if he has retained an attorney.