GARDENDALE, Ala. - An Alabama woman was convicted of manslaughter on Friday in the 2019 shooting death of her husband during a fight, according to reports.

"This is a tragic situation,’' Jefferson County Circuit Judge Alaric May said before the verdict, according to AL.com. "There are no winners."

Stephanie Keller, 45, shot her husband, Vestavia Hills Officer Andrew Wade "Andy" Kimbrel, 42, in May 2019 at their Gardendale, Alabama, home. Their two teenage children were at home at the time.

Kimbrel was pronounced dead at a hospital the next morning from a gunshot wound to the head. 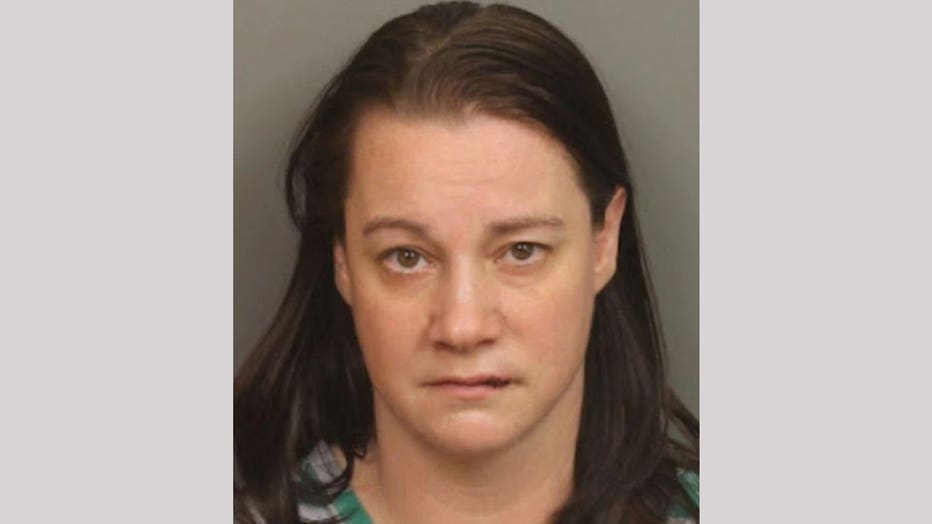 Stephanie Keller, 45, was convicted of manslaughter in the shooting death of her husband, Vestavia Hills police Officer Andrew Wade "Andy" Kimbrel, 42, in 2019. She has been remanded to jail until her sentencing. (Jefferson County Jail)

"Andy was loved by his fellow officers and the community in which he chose to protect," the Vestavia Police Department said in a statement, adding they appreciate the community’s "outpouring of support during this difficult time," according to WBRC-TV in Birmingham.

The jury deliberated for two days before reaching its verdict. Keller had also been charged with intentional murder.

"We would like to thank the jury for their time and thoughtful deliberation," Jefferson County deputy district attorney Will McComb, who prosecuted the case, said in a statement. "We are also happy for the family of Andrew Kimbrel and hope this can help bring a measure of closure for them. It was a difficult case to hear but we feel the jury has made the correct decision and we certainly respect their verdict."

Keller's sentencing is scheduled for January and she faces 10 to 20 years in prison, AL.com reported.

Prosecutors argued Keller shot Kimbrel intentionally while she maintained it was an accident.

"While clearly disappointed in the decision reached in her case, Ms. Keller does appreciate that the jury unanimously rejected the State’s accusation that she intentionally caused the death of her husband," Keller’s attorney Jason Wollitz said in a statement, according to the station. "Ms. Keller continues to steadfastly maintain her innocence and looks forward to having the Appellate Courts review her case."