The video shows two men stealing glasses from a Sunglass Hut in the 900 block of North Michigan Avenue.

CHICAGO - Chicago police released another video of looting early Monday in downtown in an attempt to identify suspects.

The video shows two men stealing glasses from a Sunglass Hut in the 900 block of North Michigan Avenue, according to police.

One man held a hammer and blue bag, while the other wore a black T-shirt.

Authorities have said that misinformation regarding to Sunday police shooting in Englewood led to looting later that night in downtown and other neighborhoods. 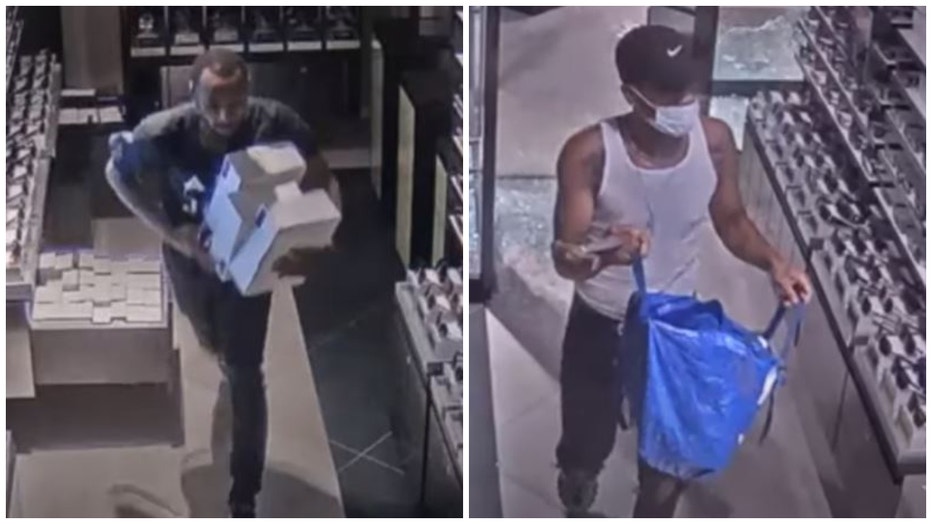 Into Monday morning, two people were shot, more than 100 people were arrested and 13 police officers were injured as crowds broke windows and looted stores along Michigan Avenue and on the Near North Side.