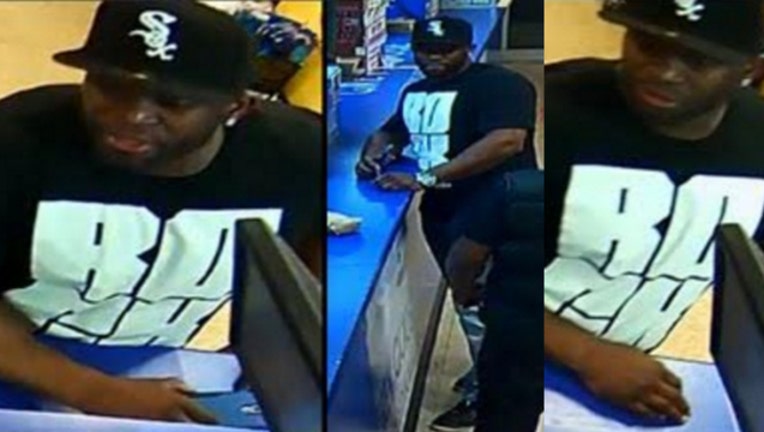 CHICAGO (Sun-Times Media Wire) - Chicago Police released photos Tuesday of a man suspected of fatally shooting another man last month in the Washington Park neighborhood on the South Side.

Shortly after midnight May 21 in the first block of East Garfield, the man got into a fight with 30-year-old Semial Sigle, pulled out a gun and shot him in the chest, according to police and the Cook County medical examiner’s office.

Sigle was taken to Stroger Hospital, where he died at 12:45 a.m., authorities said. He lived in the 1800 block of South Wolcott.

The shooter took off east on Garfield in a silver or gray Cadillac, police said Tuesday. He is described as a black man between 30 and 35 years old, standing 5-foot-10 to 6-feet tall with a muscular build. He was wearing a black White Sox hat and a black T-shirt with “ROCK” written across the front, police said.