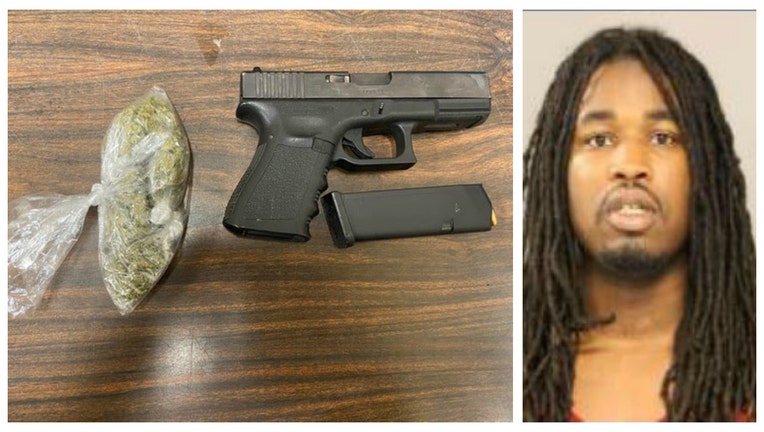 GARY, Ind. - A Chicago man with a gun and cannabis in his vehicle allegedly led police on a chase in Northwest Indiana that ended in a rollover crash Saturday morning.

Varnell Dixon, 23, was charged with six felonies, five misdemeanors and two traffic violations, Indiana State Police said. His felony charges include unlawful possession of a firearm by a serious violent felon, resisting law enforcement with a vehicle and theft of a firearm, while the misdemeanors include dealing marijuana and reckless driving resulting in injury.

Dixon allegedly swerved in and out of traffic as he tried to evade a trooper, eventually exiting at Cline Avenue where he lost control of his Infiniti Q50 and rolled over several times, police said. He was ejected through the sunroof and taken to Northlake Methodist Hospital in Gary to be treated for minor injuries.

Investigators allegedly found a Glock 9mm handgun and 17 individually packaged grams of marijuana in the wreckage, police said. Other valuable items were also recovered from the crash, and investigators are in the process of determining whom they belong to.

The Infiniti was rented from an Enterprise Rent-A-Car, police said.

Dixon is being held at Lake County Jail.