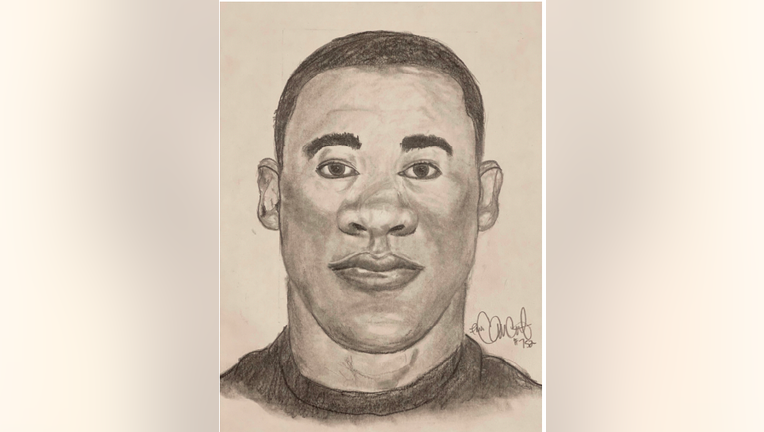 A police sketch of the suspect who allegedly sexually assaulted a 7-year-old girl last Thursday in her home on the South Side. | Chicago police

CHICAGO - Chicago police are searching for a man who allegedly broke into a home and sexually assaulted a 7-year-old girl early last Thursday morning on the South Side.

Police said a 7-year-old girl was asleep in her home at approximately 3 a.m. near the 10200 block of South Indiana Avenue when a man forcibly entered the home through her bedroom window and sexually assaulted the child.

Upon discovery by the girl’s father, the man fled the home and ran into the 102nd Street alley between Forest Avenue and Prairie Avenue.

The suspect is described as a Black man, approximately 6 feet tall with a heavy muscular build, medium-dark complexion and short black hair. He was last seen wearing a white shirt, blue jeans and black shoes.

Anyone with information is asked to call the Special Investigations Unit at (312) 492-3810.

Anonymous tips can be submitted via CPDTIP.COM.