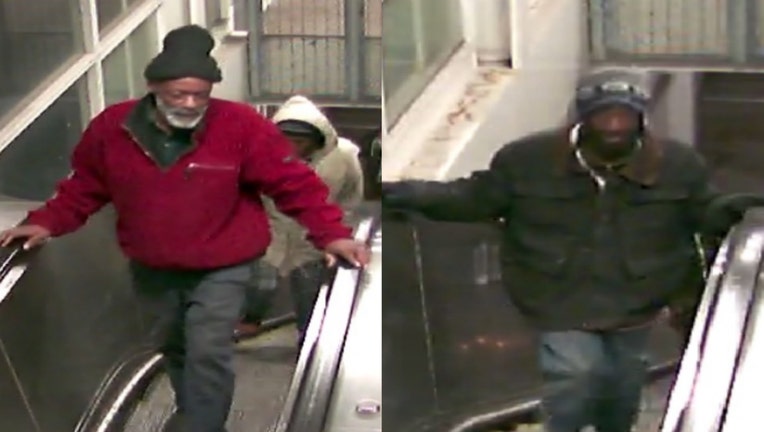 CHICAGO - Police are looking for two suspects wanted in connection with a robbery that happened Wednesday at a CTA Red Line station in Englewood on the South Side.

A 49-year-old man stepped off a train about 3:13 a.m. at the Garfield station, 220 W. Garfield Boulevard, when two men approached him, Chicago police said. They implied they had a weapon and demanded his items.