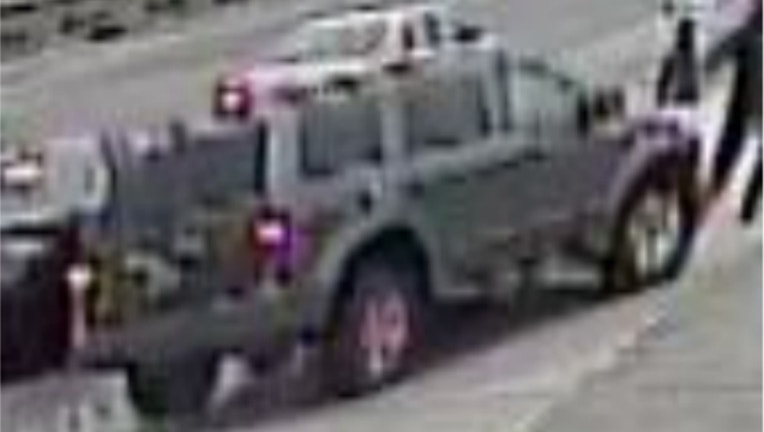 Police have released a photo of an SUV that hit and critically injured a man Friday afternoon in the 3800 block of West Harrison. | Chicago Police

CHICAGO (SUN TIMES MEDIA WIRE) - Police are asking for the public’s help identifying a vehicle that critically injured a man in a hit-and-run crash Friday afternoon on the West Side.

The gray SUV hit the 27-year-old man at 2:42 p.m. in the 3800 block of West Harrison, according to Chicago Police. The man was taken to Mount Sinai Hospital in critical condition.

The SUV, possibly a Dodge, was last seen heading south on Independence from Harrison, police said. It may have front-end damage and might be missing the front driver’s-side hubcap.

Investigators have released a photo of the SUV and ask anyone with information about the crash to call the Major Accidents Investigation Unit at (312) 754-4521.