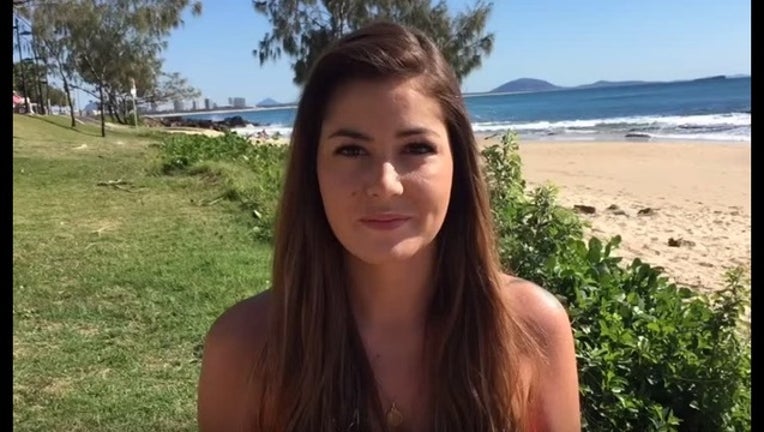 A French tourist who said she had a whirlwind romance with a mystery man while on vacation three months ago on the Australian coast made a public plea Monday for information that could lead her back to the man she believes impregnated her during their brief encounter.

As love-affairs-that-begin-the-last-night-of-holiday go, this is not a unique one. Natalie Amyot's vacation in Mooloolaba was coming to an end. She attended a party at an Irish pub near the beach called O'Malley's and remembers meeting a man. It "was love at first sight."

She left the next day and landed in Paris. When she looked to grab her phone, she realized it was lost, along with the phone number for the mystery man.

"I have no way of contacting him, and six weeks later, I found out that I'm pregnant," she said.