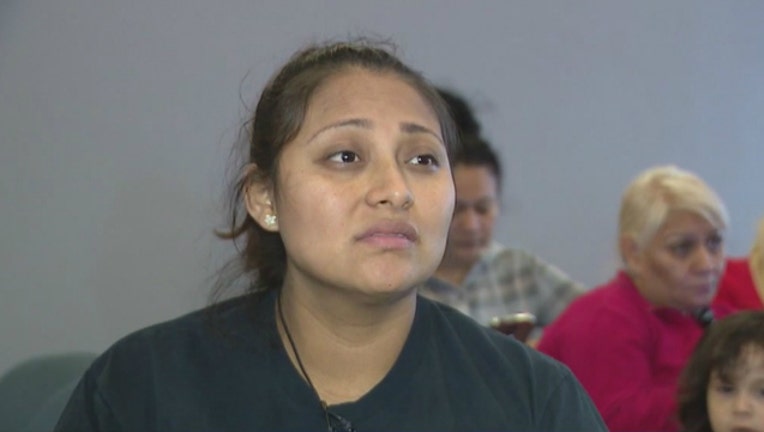 CHICAGO (AP) - U.S. immigration officials have told a pregnant Mexican woman who had taken sanctuary inside a Chicago church that she can stay in the United States until after the baby is born.

Adilene Marquina had been told by U.S. Immigration and Customs Enforcement that she could be deported this week. But the Chicago Tribune says she was told on Thursday she will not have to leave immediately and should report to ICE on Oct. 23.

Marquina is staying in the Faith, Life and Hope Mission. ICE has a policy against making arrests in places of worship.

She fled to the U.S. in 2015 seeking political asylum. She waited four years for an immigration judge to deny her claim. She has two American sons ages 16 and 3 and a 14-year-old son.