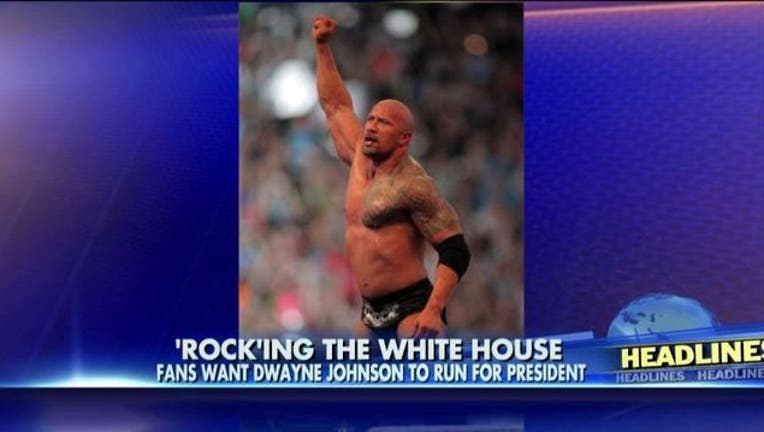 FOX News - Dwayne "The Rock" Johnson has many impressive titles on his resume: NCAA football champion, eight-time WWE Champion, worldwide movie star. Could president of the United States of America be next?

Some fans are putting together a last-minute push to get Johnson to enter the 2016 presidential race.

An article outlines why he would be perfect for the job, pointing out that he has cross-party appeal, he respects and is respected by military and law enforcement, and he's a hard-working family man who's lived the American Dream.

The Rock took to Twitter to respond, not ruling out that "maybe one day" it's a possibility.