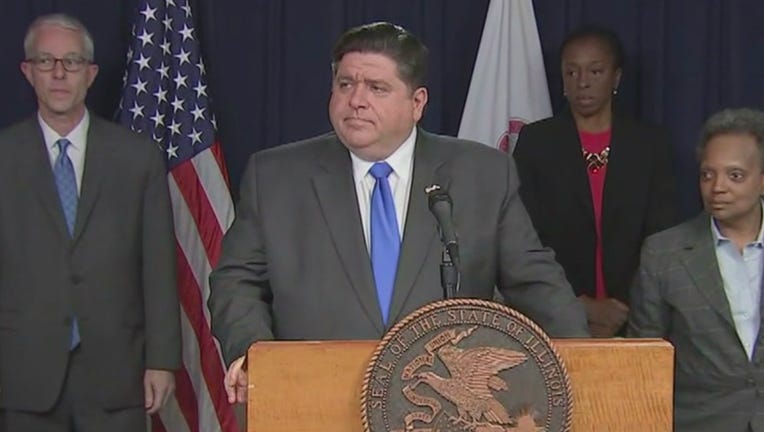 CHICAGO - Illinois Gov. J.B. Pritzker has recently been using his clemency power to commute sentences for some Illinois prisoners amid the coronavirus outbreak.

Basil Powell, who was imprisoned in 1986 for being the lookout in two robberies, was one of those prisoners. A tough-on-crime sentencing law that labeled him a repeat offender led to his life sentence after his conviction. But reform advocates fought for his release due to their concern regarding elderly and sick inmates during the outbreak, and he was released Thursday.

“I feel good, like a thousand bricks got up off my shoulders,” Powell said in a telephone interview. “I didn’t think this day would come like this. I’ve been fighting all my life to get out and kept being told no.”

Pritzker’s office did not provide information on the commutations Thursday, and he has not indicated if it was in response to the pandemic.

Pritzker also commuted the life sentence of Charles Harris. The 58-year-old man was convicted of armed robbery and serving a mandatory life term under the habitual criminal law. He had been in prison since 1988 and was released Wednesday.

This week, the governor signed an order giving prison officials more discretion to grant medical furloughs to inmates with health issues. As of Thursday, 79 prison personnel and 112 inmates across the state have been diagnosed with the virus. Most of the cases are in Stateville Correctional Center near Joliet, where at least two inmates have died, according to officials.

Activists are urging that older inmates, and those with preexisting conditions, be released. Lawyers have filed lawsuits, some against the state, seeking home transfers or release.

In March, Powell’s attorney cited the pandemic when filing an emergency petition with the Illinois Prisoner Review Board and Pritzker to commute the prisoner’s sentence to time served.

“Such an act is not only merciful and just, but it is in the public’s interest,” attorney Jennifer Soble said, noting the low recidivism rate for Powell’s age group. “It will help flatten the curve and reduce the risk of another serious infection in Illinois prisons, with no detriment to public safety.”