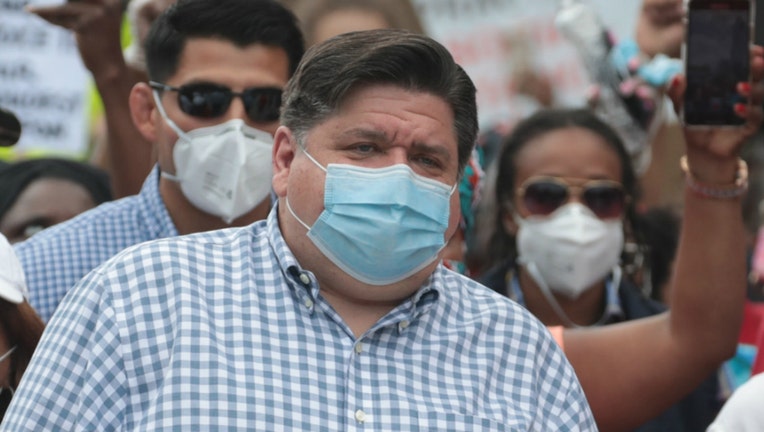 SPRINGFIELD, Ill. - Gov. J.B. Pritzker took the unusual step Thursday of preemptively filing a lawsuit to ensure school children wear face coverings to prevent the spread of the coronavirus when schools reopen in a few weeks.

The action filed late Thursday in Sangamon County Circuit Court by the state attorney general seeks a judge’s approval of Pritzker’s order that schoolchildren, teachers and staff wear coverings over mouths and noses among other measures to reduce the chance that the highly contagious and potentially deadly virus can spread.

It’s typical for the governor to be in court as a defendant seeking validation of a policy or action. In this instance, no lawsuit has been filed, but a public school district and two private academies have informed the Illinois State Board of Education that Pritzker no longer has authority under emergency rule-making to require face masks in schools and that they will be developing their own safety rules.

It was time to get ahead of the issue, Ann Spillane, Pritzker’s chief legal counsel, told The Associated Press.

“Students need to prepare, parents need to know what’s coming, administrators need guidelines. Confusion on these things leads to risk,” Spillane said. “We’re sending a signal that this issue is not up for debate. The governor doesn’t have an option.”

A lawyer representing Hutsonville Community Unit School District No. 1 in southeastern Illinois, Parkview Christian Academy in Yorkville and Families of Faith Christian Academy in Channahon wrote letters in the last month to the state board explaining that the Illinois Supreme Court ruled in a 1922 case that government cannot make rules “which merely have a tendency to prevent” the spread of infectious diseases, particularly if “arbitrary and unreasonable.”

Thomas DeVore of Greenville also noted that Pritzker has said there’s not enforcement for violators of the guidelines, which DeVore contends turns “rules” into “recommendations.” He did not return a message left at his office after hours Thursday.

With the surging spread of COVID-19, the illness caused by the coronavirus, Pritzker on March 13 ordered public schools closed — eventually for the rest of the term. Despite a leveling off of cases in Illinois, there are concerns here and, especially in other parts of the nation where case numbers are rising again, about reopening the classic community center, the school, in an age where people are urged to wear face masks, stay 6 feet apart, and step up the hygiene protocol dramatically.

Pritzker in June released of a set of guidelines for safe congregation in schools from kindergarten through college, but among others, the state’s two major teachers’ unions have continued worries about keeping congested classrooms, hallways and playgrounds safe.

With public health officials announcing 25 additional deaths Thursday among 1,257 newly confirmed COVID-19 cases, the state has now lost 7,251 lives to virus-related complications. Nearly 160,000 have been infected; tens of thousands of those have recovered.

Dissidents who bristle at government telling them what to wear and how to act in public gained traction last spring when Republican Rep. Darren Bailey of Xenia, represented by DeVore, won an opaque victory in Clay County against Pritzker, arguing that his ability under state law to impose emergency rules ended after 30 days — on April 8.

Despite the fact that it only applies to Bailey, and the ruling precludes further challenge, supporters have taken up the charge. DeVore has notified the government on behalf of individuals, retail establishments, and now schools, that they don’t plan to comply.