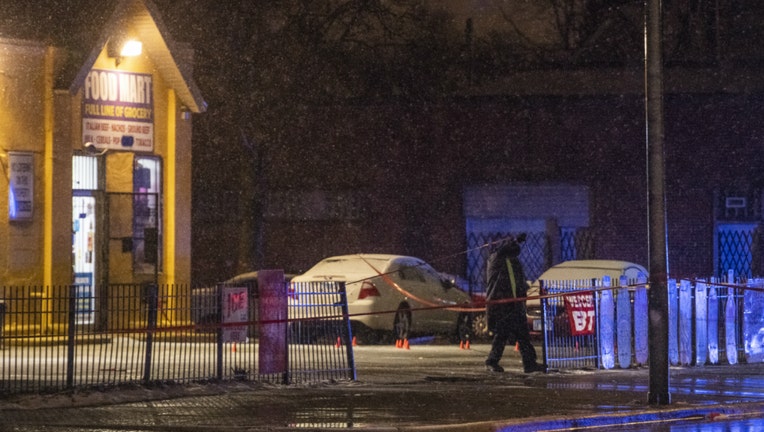 CHICAGO - The Cook County state’s attorney’s office says it wants to drop charges against the mother of a woman shot dead in a convenience store so she “can mourn the loss of her daughter in peace.”

She allegedly wasn’t allowed to see the body of her daughter, Jaya Beemon, 18, who died after she was one of five people shot in Avalon Park.

The state’s attorney’s office said it was not involved in filing the misdemeanor charges against Nyisha Beemon, and is seeking to dismiss them.

“Until recently, the State’s Attorney was unfamiliar with this matter as the charges – like all misdemeanor offenses – were filed directly by police without our review,” Cook County state’s attorney’s office spokeswoman Aviva Bowen said in a statement.

“Upon reviewing the facts and evidence, we determined the case should not be pursued and are moving to quickly dismiss the charges, so that a grieving mother can mourn the loss of her daughter in peace,” Bowen said.

Nyisha Beemon did not immediately reply to a request for comment. She is due in court Thursday in the Branch 35 courthouse in Pullman.

ACLU staff attorney Elizabeth Jordan said it was “puzzling and disconcerting” that the officer chose to arrest Beemon instead of de-escalating the situation.

“No grieving mother should face arrest in the hospital where her child’s body has been taken,” she said.

Chicago police said the department was reviewing the circumstances that led to the arrest.

“We sympathize with the grief the family is going through and we extend our deepest condolences,” police spokesman Thomas Ahern said Wednesday in an emailed statement. “Detectives are working around the clock on this horrific act of gun violence and we’ve gotten positive leads from area surveillance video.”

Rev. Michael Pfleger of St. Sabina Church said he was thankful the state’s attorney’s office was seeking to dismiss the charges.

In a statement, Pfleger said Chicago police should apologize to the mother.

“You cannot rebuild the broken relationship between police and the community with such disrespectful actions. There is no right way to mourn!!” he said.

Jaya Beemon, a health care student at Malcolm X College, was fatally shot as three people opened fire inside a convenience store in the 7900 block of South Avalon Avenue.

Police said they think the shooters were targeting a young man inside the store, who left out a back door unharmed. The shooters drove off in a white car.

No arrests have been announced.