Demonstrators shut down streets in the Loop Friday, marching for hours and having some tense moments with police following the death of George Floyd in Minneapolis.

CHICAGO - Demonstrators shut down streets in the Loop Friday, marching for hours and having some tense moments with police following the death of George Floyd in Minneapolis.

At one point, the protesters made it onto an entrance of the Eisenhower Expressway. But they were turned away by police.

There is raw emotion of pain and frustration being echoed across the country following the death of Floyd in Minneapolis police custody.

The protest downtown was led by Revolution Club of Chicago and started with about 50 people, but quickly grew. 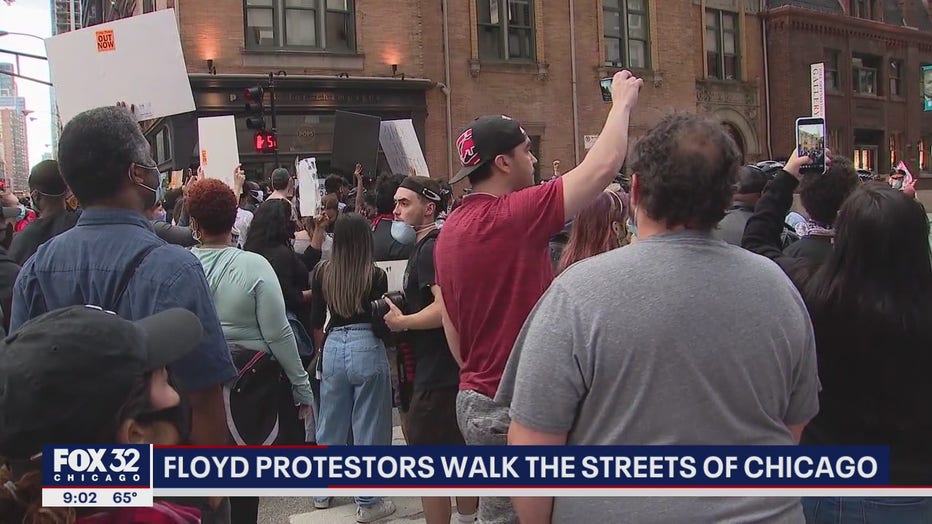 Protesters chanted, “I can’t breathe,” which are the same words Floyd uttered before the 46-year-old took his last breaths as former Minneapolis police officer Derek Chauvin kneeled on his neck for 8 minutes and 46 seconds.

Chauvin has been arrested and charged with third-degree murder and manslaughter. If convicted, the murder charge carries a maximum sentence of 25 years.

Many protestors in Chicago feel that would not be a long enough sentence.

On top of that, the criminal complaint makes victim George Floyd seem like the suspect, saying he died from police restraint and health problems.

Protestors say they have waited for police reform, but so far, they have seen no changes being made.