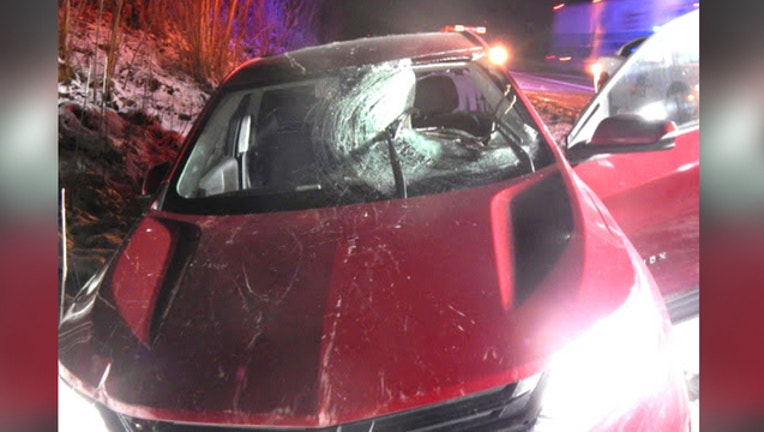 A woman suffered minor injuries Tuesday after someone threw a pumpkin from an overpass into her moving vehicle in northwest Indiana. | Indiana State Police

SUN TIMES MEDIA WIRE - A driver in northwest Indiana narrowly escaped serious injury Tuesday evening after a pumpkin thrown from an overpass crashed through her windshield.

About 9:30 p.m., a 64-year-old woman from Michigan was driving east on the Indiana Toll Road under the Goldring Road overpass outside Michigan City when her vehicle was struck by the pumpkin, according to a statement from Indiana State Police.

The pumpkin went straight through the driver side windshield and struck the woman, police said. She crashed her 2018 Chevrolet into a ditch and suffered minor injuries.

Police reminded the public that objects thrown from overpasses can result in a misdemeanor “criminal mischief” charge, or a felony “overpass mischief” charge if someone is injured.