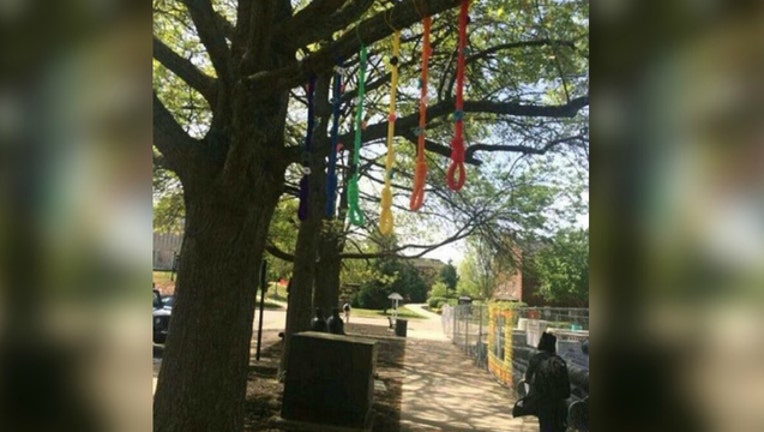 FOX NEWS - Officials at a Tennessee university say six nooses arranged in the colors of the rainbow were part of an art display for a class focusing on yarn and were not intended to be a political statement or hate symbol.

Austin Peay State University issued a statement Tuesday saying the unnamed student who made them was concerned about the perception of the display and apologetic for the reaction it caused.

The nooses were hung from a tree near the art building at the Clarksville campus Monday afternoon. Campus police removed them after a complaint.

The school says the student and instructor supported the display's removal out of concern it was perceived as a hate symbol.