FOX 26 Reporter Damali Keith speaks with Rapper Trae tha Truth after he was arrested while demanding justice for Breonna Taylor.

KENTUCKY - Houston Rapper Trae tha Truth was arrested Tuesday during a Louisville protest calling for justice in the Breonna Taylor case outside the home of the Kentucky attorney general.

Court documents show the rapper was charged with Intimidating a Participant in a Legal Process, a felony, Criminal Trespass and Disorderly Conduct, both misdemeanors.

Houston Texans wide receiver Kenny Stills was also arrested on the same charges at the protest. 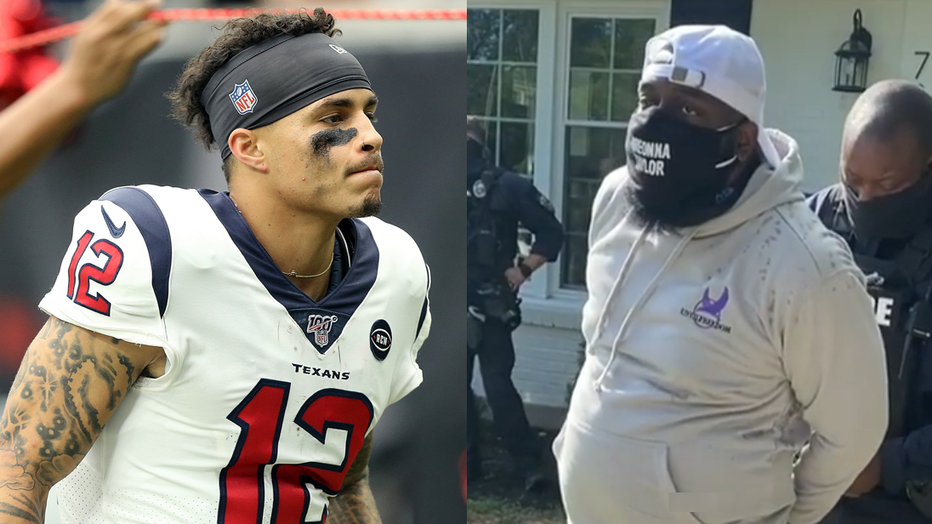 "It's all part of sacrificing for what you believe in,” says Trae Tha Truth.

Most of the 87 protesters who were arrested Tuesday received similar charges.

Both Trae tha Truth and Kenny Still have been released as of Wednesday afternoon.

Some are questioning why the protestors are charged so severely with not only two misdemeanors including Disorderly Conduct and Criminal Trespassing but also with Felony Intimidating a Participant in the Legal Process. Many say that's what a protest is a unified attempt to persuade the legal system.

"How is somebody who killed someone free to go live their life but somebody who is on your lawn gets three or four charges?” asks Trae.

Breonna Taylor was mistakenly shot and killed by police in her home, many seeking justice

Breonna Taylor would've been 27 today. Many are still fighting for justice in her case after she was shot and killed by police in her own home by mistake. Dr. Creshema Murray, Jolanda Jones, and Charles Adams share their thoughts on how the case has been handled with Isiah.

Kentucky Attorney General Daniel Cameron has been widely criticized for his decision not to charge any of the three officers involved in Taylor's killing.

"I spoke with people who were there yesterday at the protest who are actually Breonna's neighbors who have important evidence to share with prosecutors. Those are the witnesses he (Daniel Cameron) is supposed to be responsible for tracking and going after not protecting his own interests and playing a political football game with the life of Breonna Taylor,” says Attorney Lee Merritt who helped bail the protestors out of jail.

Taylor, a 26-year-old black woman who was studying to become a nurse, was shot eight times by officers who burst into her home while conducting a narcotics investigation on March 13. No drugs were found at her home.

The warrant to search Taylor’s home was in connection with a suspect who did not live there. Police used a “no-knock” search warrant, which allows them to enter without first announcing their presence. Louisville's Metro Council recently voted to ban the use of no-knock warrants.