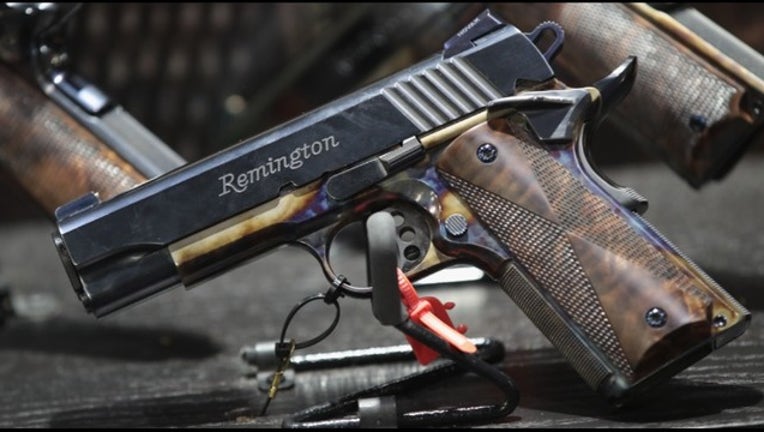 SPRINGFIELD, Ill. (AP) -- Gov. Bruce Rauner signed laws Monday authorizing judges to take weapons away from people suffering mental health and other problems and to extend the waiting period for delivery of newly purchased guns, but pledged to veto a third piece of legislation that would require state licensing of firearms dealers.

The Republican also called on the General Assembly to send him other measures to restrict gun violence, including a ban on fire-enhancing bump stocks. Those measures were part of a much-publicized gun-legislation package Rauner promoted in May. But he failed to mention the hallmark of that package -- an election-year call to reinstate the death penalty for mass killers and those who gun down police officers.

Rauner signed a law that allows police officers, family members or others to petition a court to remove weapons from a person who is suffering from mental health or other problems and can be shown to pose a threat of violence. A judge could order removal of the weapons for as long as six months.

"Too often, we hear after a shooting that there were red flags, there were warning signs that family members saw and they felt powerless to do anything," Rep. Kathleen Willis, the Addison Democrat who sponsored the legislation, said at the Chicago ceremony. "This now gives them that power."

A judge can issue an emergency, 14-day order to confiscate weapons based on an initial pleading akin to a search warrant, said Rep. Peter Breen, a Lombard Republican who worked on the bill. The petitioner then has 14 days to produce "clear and convincing" evidence that the person in question is potentially dangerous and should have weapons taken from him or her for up to six months.

"It's rigorous. There has to be a judge. There has to be real proof of the issue, it can't just be some accusation," Rauner said. " ... We want to protect individuals' rights to gun ownership but, for those who are deemed to be dangerous, not let them have guns."

The governor also acted Monday to standardize the waiting period for delivery of firearms , earlier signing a 72-hour waiting period for any gun. Previously a buyer had to wait 72 hours for a handgun but could pick up a rifle or shotgun after 24 hours.

Rauner also announced that he would veto legislation to create a state licensing requirement for firearms dealers in an effort to crack down on illegal gun sales. He said it would be too burdensome on small businesses while doing nothing to enhance public safety. The Legislature has yet to send the plan to Rauner.