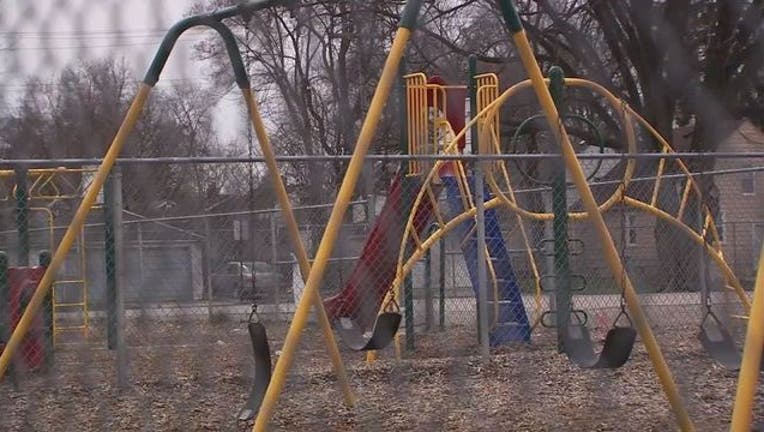 (FOX 2) - Authorities in Eaton Rapids, Michigan, have closed all public parks after more than 40 razor blades were found in and on multiple playgrounds in the city.'

According to the Eaton Rapids Police Department, they were called to Howe Park around 4:40 Monday afternoon when a group of people said they found several razor blades on and around the equipment.

Eaton Rapids is about 18 miles south of Lansing.

Before police arrived, citizens had already found 39 razor blades, and city staff and police found two more in the park. They told police some of the blades appeared to have been placed intentionally to cause harm.

Witnesses said two men and two women, believed to be 17 or 18 years old, were on the playground before the blades were found.

City workers then searched other parks in the city out of an abundance of caution and more blades were found at Grand Army of the Republic Island Park in the grass.

As a result of the additional blades, the city closed all parks until inspections were complete. By 3 p.m. Tuesday, the police department reported all hazardous objects were removed from the playgrounds.