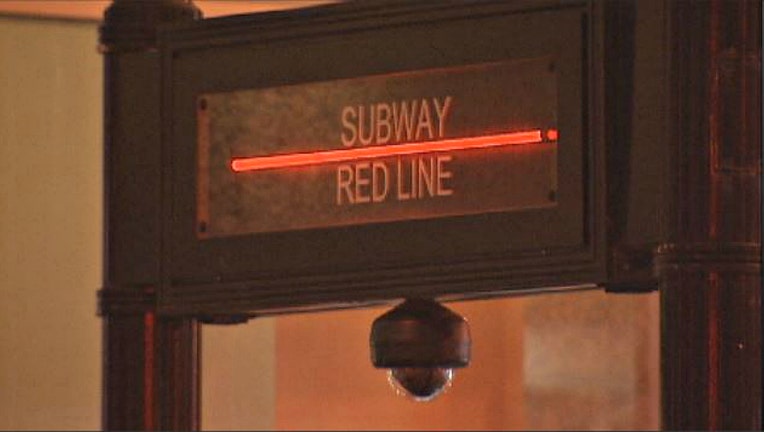 CHICAGO - Police are warning Red Line passengers of a pair of robberies reported in recent weeks in the Loop and on the Near North Side.

In both cases, the suspects approached someone on a train, displayed or implied a handgun and took the person’s money, Chicago police said.

The suspects in one robbery were described as two males between the ages of 17 and 25, police said. In the other case, the suspect was described as a male with a tattoo of a cross on his forehead standing between 5-foot-6 and 5-foot-8 and weighing between 130 and 140 pounds.