ATLANTA - Rep. Doug Collins, just days after shaking President Donald Trump's hand during a visit to Georgia, said he isolating himself after coming into contact with someone at a recent conference who has since tested positive for the coronavirus.

Collins is not the only politician who is self-quarantining following the Conservative Political Action Conference.

His office released the following statement on his behalf on Monday:

“This afternoon, I was notified by CPAC that they discovered a photo of myself and the patient who has tested positive for coronavirus. While I feel completely healthy and I am not experiencing any symptoms, I have decided to self-quarantine at my home for the remainder of the 14-day period out of an abundance of caution. I will follow the recommendations of the House Physician and my office will provide updates as appropriate.” 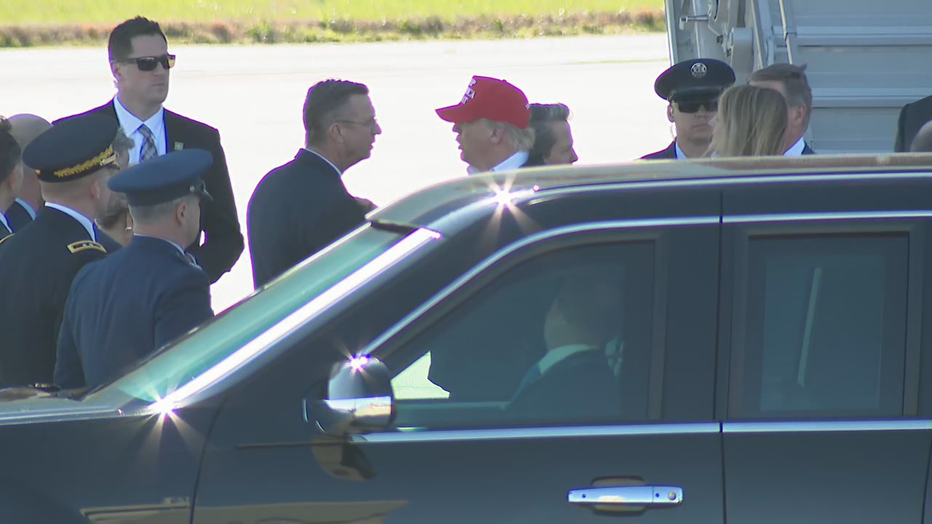 Rep. Doug Collins greets President Donald Trump at Dobbins Air Reserve Base in Marietta, Georgia ahead of their tour of the Centers for Disease Control and Prevention's main campus in Atlanta on March 6, 20202. (FOX 5 Atlanta)

Both Collins and appointed Sen. Kelly Loeffler, who are both running in a special election to represent Georgia in the U.S. Senate, appeared with President Donald Trump as he toured the Centers for Disease Control and Prevention on Friday. He was seen on the runway at Dobbins Air Reserve Base shaking the president’s hands and speaking with him briefly.

Rep. Collins is not the only politician who is self-quarantining following the Conservative Political Action Conference. Several politicians over the weekend and on Monday announced they would be going into isolation as a precaution, most notably Sen. Ted Cruz, after coming in contact with the same individual.

The latest is Rep. Matt Gaetz, who according to White House reporters, was aboard Air Force One with President Trump Monday morning before announcing his self-quarantine.

In a statement released on Tuesday, Sen. Loeffler says that she has not been directed to self-quarantine, but will still follow all CDC protocols.