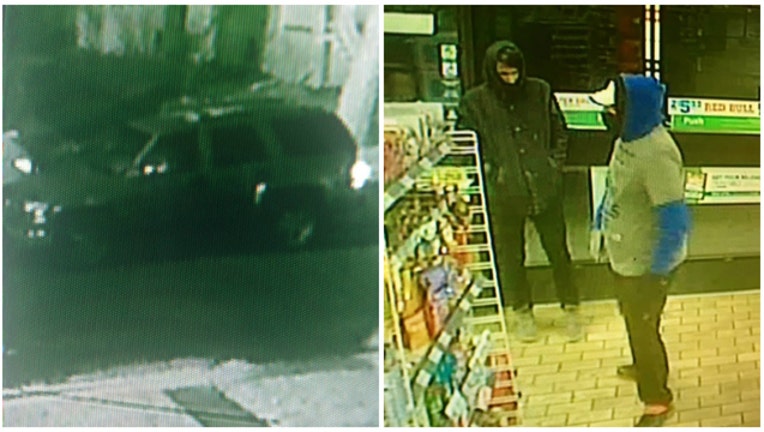 The robbers got away in a dark-colored sports utility vehicle.