Chicago police shot and killed a robbery suspect on Saturday. Police said he had a knife and was threatening officers.

CHICAGO - A knife-wielding robbery suspect has died after being shot by a Chicago police officer Saturday in South Shore, according to authorities.

The shooting happened about 3:15 p.m. in the 2600 block of East 79th Street when the man continued to walk toward officers while holding a “large knife,” despite having been told to drop the weapon, according to police spokesman Tom Ahern.

The man was confronted by police after reports that a man was robbing people who were coming out of businesses located near 79th Street and Marquette Avenue, Ahern said. When officers arrived on the scene, they were flagged down by a person who was robbed and the man was pointed out to the officers.

The officers attempted to treat the man at the scene until paramedics arrived, who took him to University of Chicago Medical, according to police and Fire Media Affairs. He was later pronounced dead.

Community activist Eric Russell said he had walked out of a beauty supply store across the street during the confrontation and disputed the police department’s account of the shooting.

“I saw him Tased and on the verge of collapse,” Russell said when reached by phone. “Then the other officer walked up and shot him. After the Taser was deployed it was clear it had an effect.”

Russell said the man is known to people in the area as a panhandler who is homeless and “a menace.” Russell said he believes the man has struggled with mental health issues.

“We’ve seen this guy before and we know he’s a menace, has robbed people before, but the police do not get to play judge, jury and executioner,” Russell said. “Even a menace to society deserves a day in court.”

Russell said he has spoken with officials in the police department and plans to call on the department to immediately release footage from the officers’ body-worn cameras and from a nearby Family Dollar store to the public.

The Civilian Office of Police Accountability responded to the scene and will conduct an investigation into the officers’ use of force. Both officers will be placed on administrative duties for 30 days per department policy.

Saturday’s shooting was the second police-involved shooting of the year.

The department recently posted a job announcement to hire an Americans with Disabilities Act compliance officer to guide the police department in how it interacts with residents with physical and mental health disabilities as a requirement of a wide-ranging federal consent decree.

In an unrelated incident earlier in the day, police said a man walked into the Harrison District police station in Lawndale and pulled out a gun, but was subdued by officers and taken into custody. The gun was later determined to be a BB gun, police said. 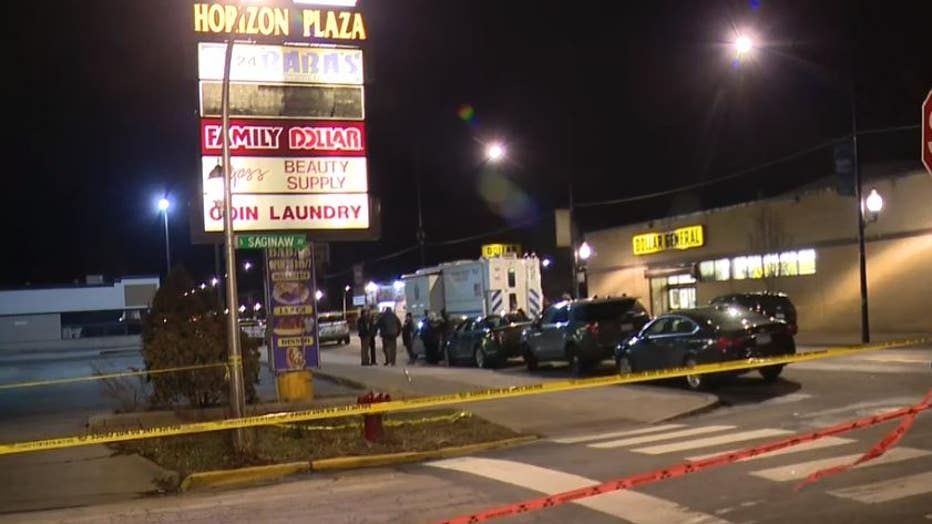