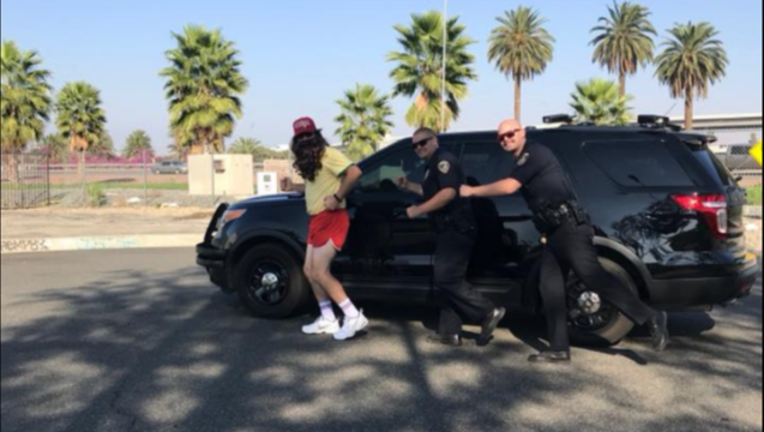 RIVERSIDE, Calif, (FOX 11/ AP) - Halloween started early in Riverside, where a man dressed as Forrest Gump has been running around and stopping to take pictures with residents.

Video and a photo from the Riverside Police Department show the man sporting a mangy fake beard, red shorts and a red “Bubba Gump” hat during his jogs around the Southern California city.

It’s the same outfit worn by Tom Hanks in the 1994 Oscar-winning film “Forrest Gump.” Hanks’ character spends part of the movie running across the country.

The mysterious jogger has been captured on camera by many people around Riverside with photos being shared on social media.