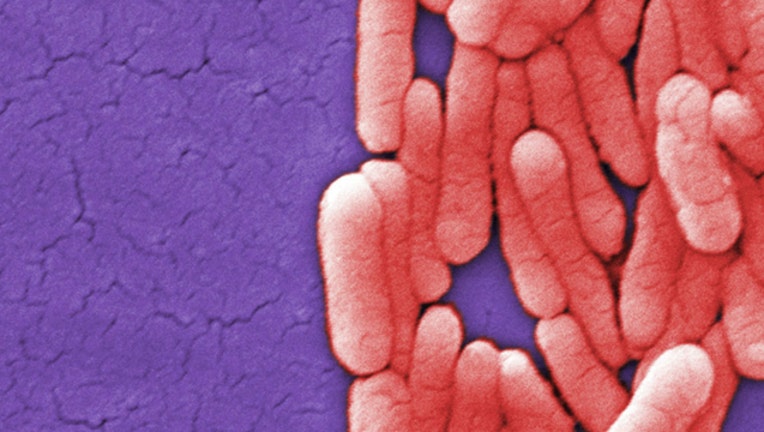 CHICAGO (Sun-Times Media Wire) - Public health officials are warning Chicagoans about an outbreak of Salmonella that has already infected six people who ate at a grocery store last month in the Archer Heights neighborhood on the Southwest Side.

Between Feb. 23 and Feb. 24, all six people ate carnitas or other foods they bought from the kitchen counter at Supermercado Rivera, 4334 W. 51st. St., according to a statement from the Chicago Department of Public Health.

Anyone who ate at the store’s kitchen counter on those days may have been exposed to the bacterial infection, the health department said. Additionally, people who froze food they purchased from the counter those days have been advised not to eat it.

“Implicated food items were no longer available at the store as of March 1, 2019 and at this point there is no evidence that food made after this date was contaminated,” the health department said.

Most infected people develop diarrhea, fever and abdominal cramps within 3 days of eating contaminated food, but symptoms could appear after only 12 hours, the health department said. Anyone suffering from severe diarrhea, dehydration or high fever should seek medical help.

While most infections can be knocked out with antibiotics, older people and those with weak immune systems may need to be evaluated and treated further, the health department said.

Symptoms related to salmonella typically last between 4 and 7 days, with most affected people recovering without any treatment, the health department said. The Centers for Disease Control and Prevention estimates that salmonella causes roughly a million illnesses and 450 deaths a year in the United States.

Anyone who has fallen ill after eating at the grocery store should call the health department at (312) 746-7425 or email outbreak@cityofchicago.org to file a suspected food poisoning complaint.

The health department has alerted area doctors about the outbreak and provided medical guidance.