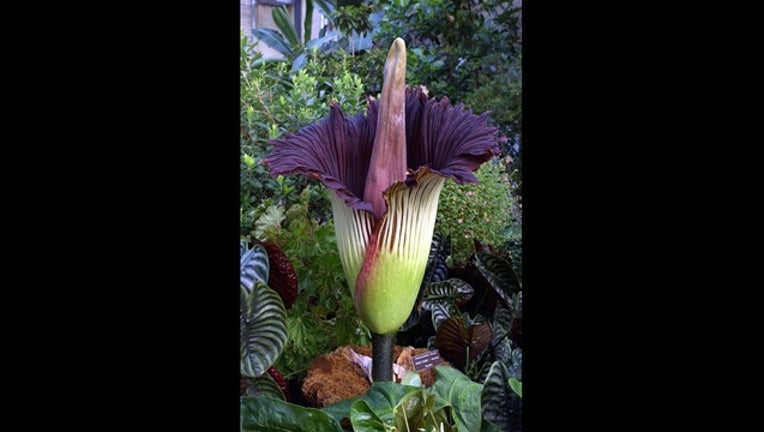 GLENCOE, Ill. (AP) — A rare foul-smelling flower expected to bloom this week had to get an assist from scientists when it didn't open at the Chicago Botanic Garden.

The plant showed signs of opening but didn't.

The Chicago Tribune reports scientists cut around the base of the plant on Sunday to determine why. Scientists believe Spike didn't have enough energy to force itself opening, however they say it could open again in the future.