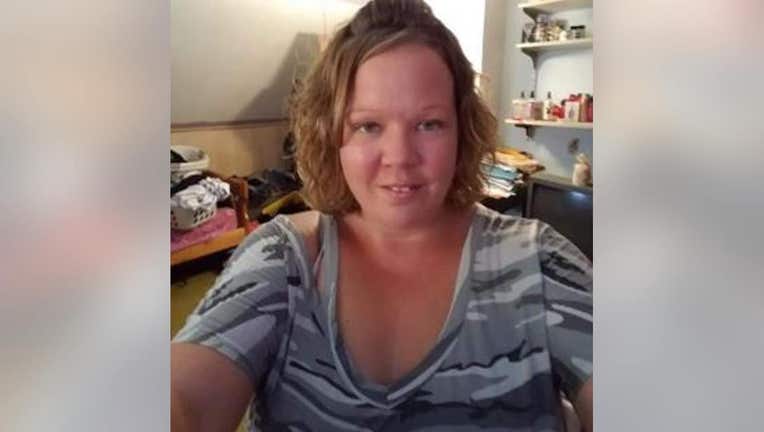 Amanda Jo Vangrinsven, 32, went missing after she left Isanti VFW on Aug. 5 with a man. Her body was found buried on a rural property several days later.

ISANTI, Minn. (FOX 9) - The body of an Isanti woman was found slightly buried on the farm property of the man she was last seen with at the bars the night she went missing, according to search warrants that were unsealed Tuesday. That man has now been arrested in connection with her death.

On Aug. 5, 32-year-old Amanda Jo Vangrinsven was drinking at the Isanti VFW, where she also worked. She left the VFW later that night with a 37-year-old man to go to another bar in Bethel. Her coworkers who were working that night told police she was intoxicated and they had cut her off from drinking more. When she did not show up to work the following day, she was reported missing. Her vehicle was still in the VFW parking lot.

Arrest made in the death of missing Isanti woman

Authorities arrested a man in connection to the death of missing Isanti woman, Amanda Jo Vangrinsven.

Five days later, on Aug. 10, investigators with the Minnesota Bureau of Criminal Apprehension executed a search warrant on the property of the man Vangrinsven was last seen with and located her body. She had allegedly been shot in the head, the search warrants said.

The Midwest Medical Examiner formally identified the body as Vangrinsven's and determined her manner of death is homicide, the Isanti County Sheriff's Office announced on Tuesday.

Friends and coworkers expressed grief and heartbreak Wednesday after hearing the news that 32-year-old Amanda Jo Vangrinsven was found dead after having been missing for five days.

The man who owns the property where Vangrinsven’s body was found was reportedly been admitted into a mental health ward at a local hospital, according to the search warrant. He was arrested on Tuesday and booked into the Isanti County Jail on probable cause murder charges.

The investigation into Vangrinsven's death is ongoing. No formal charges have been filed in the case.