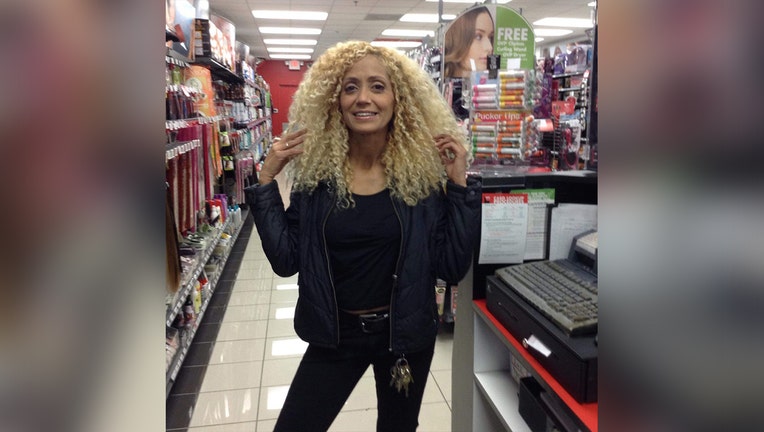 SHAKOPEE, Minn. (FOX 9) - Police have identified the woman who was reportedly beheaded in Shakopee, Minnesota Wednesday as 55-year-old America Mafalda Thayer. A suspect is in custody in connection with her death.

Around 2:30 p.m., officers responded to a report of a stabbing at the intersection of Fourth Avenue and Spencer Street. When they arrived at the scene, officers saw a body without a head lying on the ground next to a car, according to a search warrant. The victim's head was lying next to the body.

The victim, identified as Thayer, was pronounced dead at the scene.

Officers found what appeared to be a sheath for a large knife in a nearby yard. They found a knife in a trash can in an alley in the area.

Police are investigating a homicide after a woman was found dead in Shakopee. A suspect is in custody.

Officers quickly apprehended a 42-year-old man on suspicion of second-degree murder, the Shakopee Police Department said. He is being held in the Scott County Jail pending charges. Police said it is believed the suspect knew Thayer and the stabbing was not a random act.

Several people witnessed the attack, according to the search warrant.

A coworker said Thayer worked at the Dollar Tree in Shakopee as well as at MyPillow. They said the victim had been in a long-term relationship with the suspect and domestic abuse had been a consistent problem. 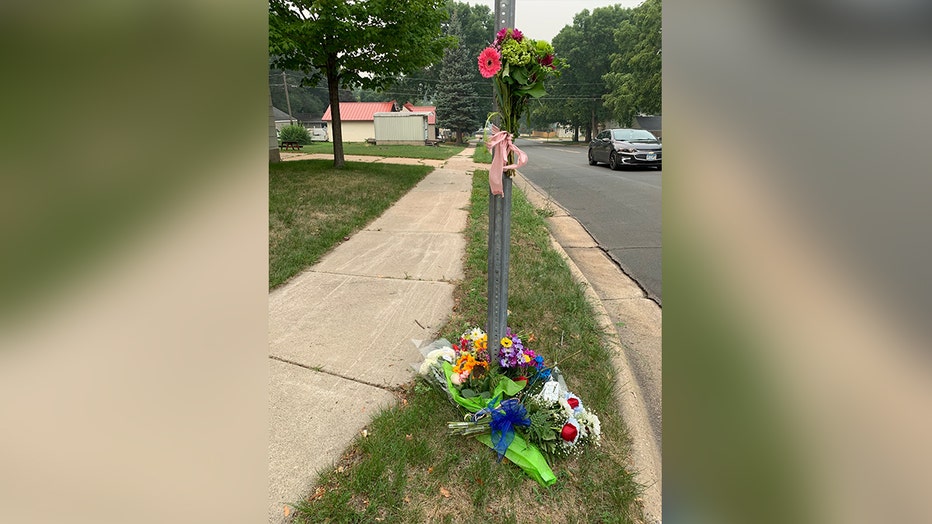 A memorial for America Thayer is growing at the intersection where she was found dead in Shakopee, Minnesota.

Court records show the suspect was previously convicted of gross misdemeanor domestic assault. FOX 9 does not typically identify suspects until they are formally charged.

Shakopee police and the Minnesota Bureau of Criminal Apprehension are investigating Thayer’s death.

Carrying signs and balloons, Faith Howie and her family came to the intersection of Fourth Avenue and Spencer Street in Shakopee on Thursday afternoon to honor the life of their neighbor, America Thayer.

"I'm not going to see that beautiful smile again that I see every day," said Howie.

All afternoon, former co-workers and friends stopped by the growing memorial to remember a woman they call an angel on earth.

Lori Stejskal and Eileen Necklen used to work with Thayer at Dollar Tree.

"She just loved everyone she came across. It's just really hard and very traumatizing," said friend Mikala Dickerson.

Just one day earlier, Shakopee Police were called to that intersection around 2:30 p.m.

A search warrant reveals when they arrived, they found Thayer's decapitated body lying on the ground next to a car.

Authorities say they have a suspect in custody, who multiple people tell Fox 9 was in the long-term relationship with Thayer, where domestic abuse was a consistent problem.

About a month ago, Howie says Thayer came to her apartment, looking for help.

"She came around 1:30, 2 in the morning and knocked. She goes, 'Can I sleep here tonight? I'm afraid he is going to get up and start in again," said Howie.

Court records reveal the suspect was convicted on domestic assault charges in 2017 and was currently facing arson charges for allegedly trying to burn his apartment down in 2020.

On the most recent charges, he was released on $50,000 bond this spring.

Those close to Thayer say they don't want people to remember the way she died, but rather, the way she lived.

"With all the gruesome video going around and the pictures going around, we just needed a time for everyone to heal and come together and remember her for who she was, and not for what happened," said Dickerson.

On Wednesday afternoon, the suspect was scheduled to be in court, but didn't show up.

Formal charges are expected to be filed in this case on Friday morning.