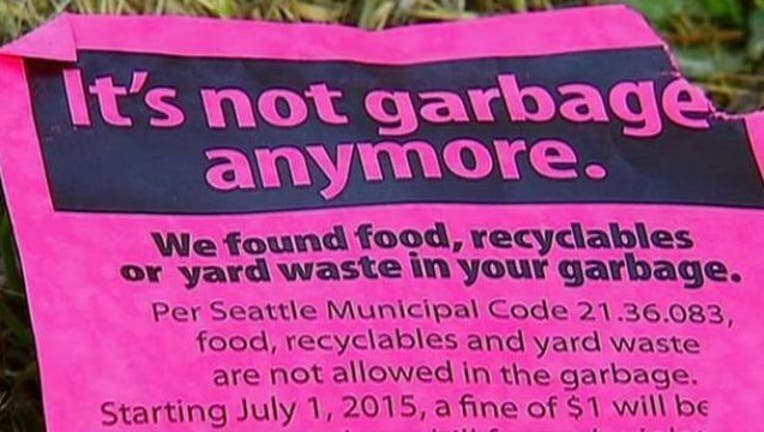 (FoxNews.com) - When it comes to garbage, the city of Seattle has launched a waste war.

Nine full-time solid waste inspectors have been hired as part of a controversial program to check city trash to make sure people are recycling. Additionally, contracted waste haulers have been effectively deputized as trash police, given the authority to tag bins when people fail to recycle and compost enough.

The program is now the subject of a lawsuit, as residents fume over what some call an intrusive government program.

“I understand people have noble goals,” said Keli Carender, who got tagged two weeks in a row, an offense that soon could bring a fine. “But at some point we have to say, you can’t violate my rights to achieve this noble goal.”