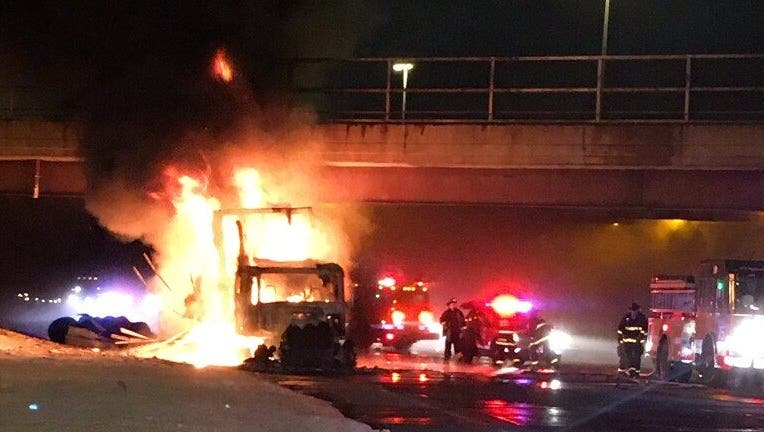 RIVERDALE, Ill. - A semitrailer carrying tires caught fire below an overpass Tuesday morning on the Bishop Ford Expressway, shutting down all but one of the inbound lanes at 130th Street.

The truck’s cab caught fire about 5 a.m. in the right lane of Interstate 94, according to the Chicago Fire Department.

The fire then spread to the tires, which were "very hard" to put out, department spokesman Larry Langford said.

The blaze was extinguished within an hour and there were no reported injuries.

The far left lane of inbound I-94 remained open to traffic, according to Illinois State Police. All lanes were reopened by 11 a.m., state police said.